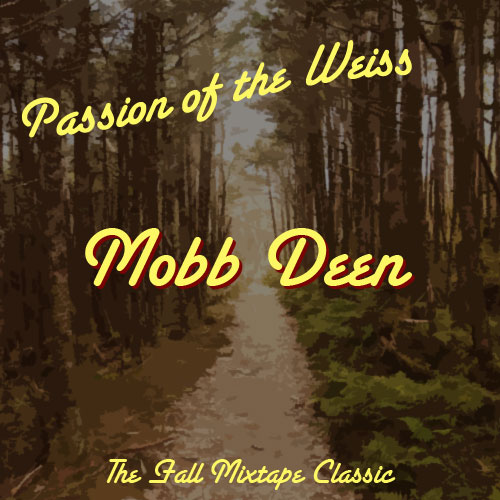 I’m in my third decade on the planet and I’m still not sure that I understand what the exact point of a mix is. Even if I’ve been making tons of them for years. What I do know is that I’m inherently incapable of making a mix without trying to sneak in some shit the listener hasn’t heard before, regardless of the nature of their request. Or maybe that’s the point? Anyway, I’m that prick that’s fairly certain that I can always put you on some game. After all, I spend more time on the internet trawling for music than the average person.

And while trawling for music on the internet is something I’ve done since I discovered Al Gore’s invention, my habit intensifies when there’s less shit to do outside, i.e., during the fall and winter. But the problem with that claim right now is the weather is actually livable for once during those seasons when you live in Houston. The ass drenching summers here are the only reason I don’t have a perm and I often find myself listening to a lot of shit that’s probably better suited for colder seasons. After all, I borrowed my moniker from Mobb Deep.

So yeah, my contribution to the POTW Autumn Mix series is basically a bunch of stuff I’ve heard in the last year that sounds droll and awesome and has gotten a lotta burn without getting written about in this space. Shit I imagine I’ll be listening to a lot this fall and in the future, with a curveball or two tossed in and a suggestion or ten from the people I talk to most/some folks I don’t talk to any more. Life beez like that sometimes. Lots of triple snares and atmospheric shit. Basically a Drake album without his vocals. Either way, I hope you all get sad listening to this shit. Embrace the droll… — Mobb Deen