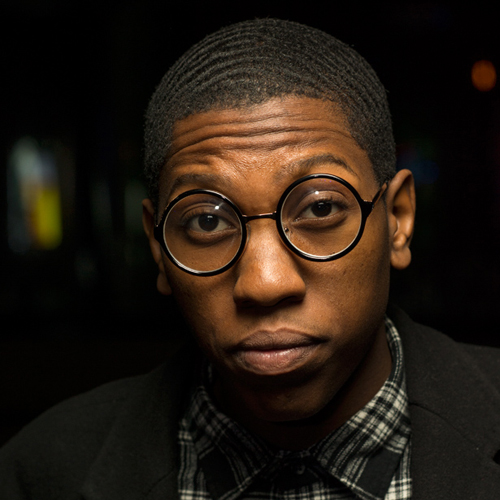 YC The Cynic leaves nothing to chance. He pauses before answering questions and maintains eye contact throughout conversation. He sends hundreds of emails on a weekly basis, making sure people hear from him directly and not through hearsay. He does this because his fans know he must be heard. I met up with him at The Knitting Factory, where he was performing as a surprise guest for Hannibal Buress’ 4th Anniversary Show. For an almost 23 year-old who was about to perform in front of 500+ unsuspecting comedy fans, he was unusually confident. And it was infectious.

About an hour after our talk, YC followed Comedy Central comedians Amy Schumer, Moshe Kasher, and bits by the heavyweight host, Hannibal Buress. He came on stage to a few friendly woos and shouts, and immediately asked for the audiences cooperation. He wanted us to repeat after him, to kick off his performance of Hello Newman: “Ha HahHa HahHa HA.” And everyone bit. From then on he owned the room, and he’d go on to bring out a few of his friends to the delight of the ever-rocking crowd. To end his set, he cut the beat and spit an acappella that was rewarded with the rowdiest applause of the night. He had just executed the perfect set, providing the tip-top high that’s only available through live entertainment. Before the crowd had the chance to take a breath, the next surprise guest walked out unannounced: Chris Rock.

I first heard of you through Peter Rosenberg’s The New York Renaissance mixtape. How’d that come about?

I actually sent an e-mail to his brother Nick, and he showed it to Peter who ended up picking that track for the tape. I actually sent him a lot of new music but he insisted that was the one. I didn’t expect to actually make his mixtape, so that was great.

After that tape you released a few videos in anticipation of the album, GNK. Are you a Cee-Lo fan?

Yeah, he’s probably my favorite artist. I won’t deny that “God Complex” is an homage to the video for “Crazy.” Oliver Eid directed that video, and he’s directed all of them besides “Molotov’s at Poseidon” which I directed. I really like to write video treatments that evolve in one place, that rapidly progress and don’t leave the viewer time to ask any questions. We shot the video for “Heaviest Cross“in the basement of the community center in my neighborhood.

Oh yeah, definitely. I really like working with Oliver and I hope to continue to work with my same engineer, and producer Frank Duke, who made all the beats on GNK. And I really hope to keep working with the artist who designed the cover for the album as well. It’s great to work with the same people and grow with them.

So do you look at somebody like Tyler, The Creator and OFWGKTA and take inspiration from what they’ve been able to do?

I think Tyler’s definitely provided the blueprint for this internet age.

How’d the relationship with the community center come about?

About 6 years ago, these guys Rebel Diaz came to the Bronx from Chicago to make a difference in the community. They’re really militant, focused organizers, but also the coolest people around. So we found this abandoned candy factory, completely renovated it and turned it into a community center. We had a performance space, a recording studio, a computer lab that we filled with laptops. Basically it was a place to teach youth whatever skills we could, and the entire community got involved. And then it got raided.

What do you mean it got raided?

The landlord was trying to increase the rent after they saw all the attention the center was getting. And when we couldn’t negotiate a deal, they came in and shut us down. They had absolutely no care for the culture that had been established. All they saw was the opportunity to make more money.  We shot the video (for Heaviest Cross) at our new location, which is more of a freelance thing. Right now we only have a 4-month lease. So we try and host events wherever we can, but we don’t have nearly the space we used to. And we all try and stay involved, I actually just got back from being gone for a month.

I applied to this program called OneBeat that brings musicians together from all over the world. I went down to Florida and we had this 2-week workshop where we all had to learn how to make music with each others instruments. 25 artists were there from 16 different countries, including family members of Fela Kuti. And then we toured around the Southeast, working are way up the East coast, performing in towns and getting involved with the local communities. For a lot of the artists, it was their first time in the United States, so that was really cool. Especially when we got back to New York and I could show them around.

Yeah, October’s different because there’s CMJ and then I had a pair of Red Bull showcases, so it was definitely a lot more than usual. They were great, but I’ve learned that it’s not wise to dilute the market, so I try not to do too much in New York. 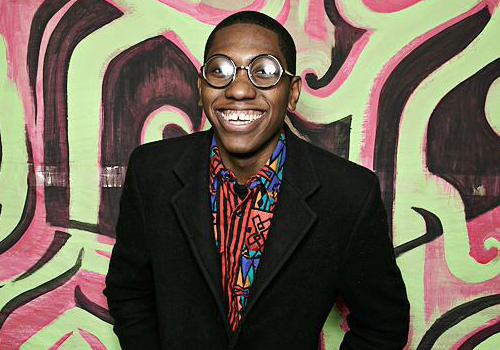 Do you feel that hip hop is diluted in general these days, especially with the internet?

We’re in a very strange time and place for music, with the internet, because everyone knows how it’s made now. So you can have no inherent talent, but you can still pick up a skill, because these programs can do everything.

Do you ever feel pressure then? It seems like a new project is released every day and forgotten a week later.

Nah, I don’t think about it like that. I just care about putting out the best possible project when it’s ready. With You’re Welcome (2010), I was making music for the first time, just figuring it out. On Fall FWD (2011) it was my first attempt at putting actual songs together. Then with Good Morning, Midnight (2012), I went as far left as possible and got completely experimental, just to see how far I could push himself. And then with GNK (August 2013), it all came together, and it was incredible.

You started rapping when you were 9, but didn’t release a project until 2010, what was going on in between?

Between age 9 and the year 2010, I was just growing up. Being a kid. You don’t know what it takes to pursue this type of career at that time. I was just writing. Getting schooled on the music that came before me by my OGs in Hunts Point. I was just starting to put my 10,000 hours in. On my way to being an outlier, even though I’m still on my way.

Recently on Twitter you were talking about how no one runs the New York hip hop scene, can you explain what you meant? Specifically Trinidad James’ comments:”Atlanta runs New York”

I was saying that none of us run this shit. And any rapper that you’d say is close to running Hip-Hop is from New York. But seriously, it’s like people are competing over crumbs. We don’t see the corporations that own these record labels fighting over who runs Hip-Hop. That would make more sense. I get that people see it as a competitive sport, but compete over who’s a better rapper/songwriter, because none of us run shit.

Are you a cynic, or is it your character’s message?

I am a cynic. I’m working on it though. My music is my thoughts in their purest, least filtered form. So my songs tend to be dark and gloomy. But in everyday life, I try to be as optimistic and easygoing as humanly possible, because I want to attract only positive. Law of attraction.

You mentioned emphasizing enunciation. What other aspects of a song are musts, in your opinion?

Enunciation is important to me, for sure. Other must-haves: emotion. I got into an argument with some sort of Jazz player a while back, about how Rap wasn’t music. I was about 16 or 17. I was big on punchlines, double entendres and stuff. Lil Wayne did Tha Drought 3 and everyone was going crazy about it. So, I told this guy that Hip-Hop was the only genre of music that was predicated on wit and cleverness, which isn’t really true. But, his response was something like: cleverness is a weak foundation. A front. It’s a gift that’s unnecessary, and one that doesn’t/won’t last. He was kinda right. So, I had to find a new reason to love and create Hip-Hop. I had to find the emotion in it.

You can buy GNK on iTunes