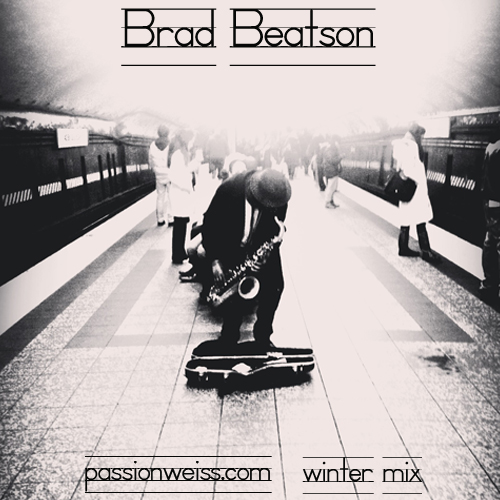 Brad Beatson on the beat.

I dream a lot in the winter. When I’m confined to my apartment thanks to wind chill, the dreams tend to amplify. And so they anchor this mix, along with lines that make me reminisce, allow me to recover, or inspire me to plot my next move. These songs show what I have trouble articulating.

Most of them are from 2011, when I launched a blog called Time Theft Nation. The idea was to provide an outlet for people to share their passions while they lugged away in a cubicle, often committing “time theft” to chase their flurries. I’ve moved on from that venture, but I wanted this mix to highlight some of the great music to come out during that time.

SBTRKT’s self-titled debut remains my go-to album since it dropped. I invite you to tell me a better one-two punch from any album other than “Trials of the Past” -> “Right Thing to do,” in the comments. SBTRKT is releasing a new project this year. So are The Cool Kids, Sampha, Twin Shadow, Frank Ocean, Beck, and hopefully a few more from this track list.

Most of the mix is a meditation on what could be or what could have been, but it ends on a high note. There’s uplifting instrumentation on “Daydream” and my favorite Odd Future and Kendrick Lamar songs, to serve as remedies for any fruitless meanderings. Whenever I find myself contemplating more than doing, Kendrick’s line: “Look at my life then look at yours, get some ambition, why you bored?” snaps me back to life. It might be cold, but it isn’t an excuse to keep you from moving forward.