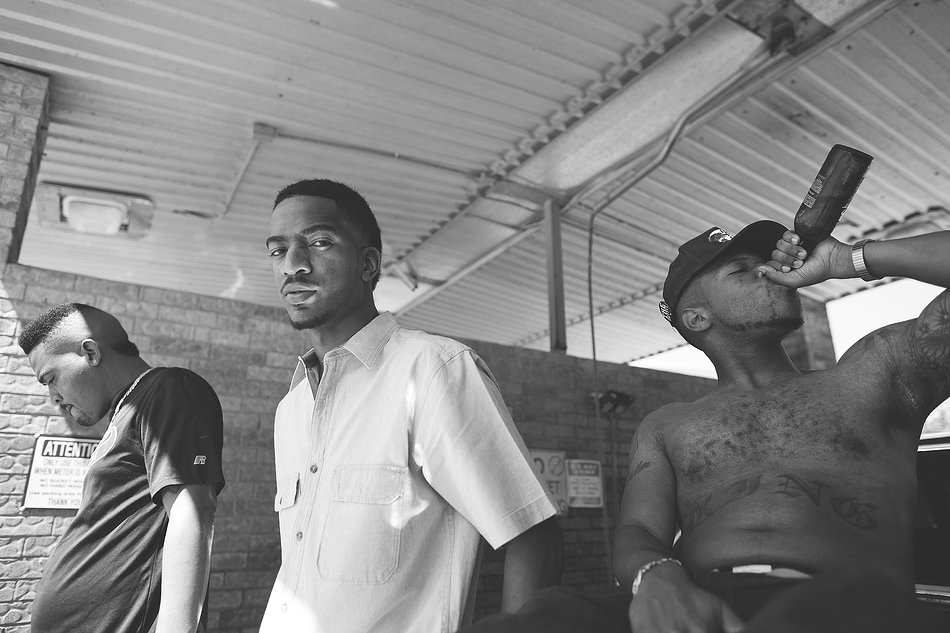 Max Bell will be watching UGK videos during SXSW.

The Outfit, TX are among the best rap groups the Lone Star state has to offer. You know the difference between shit and shine and yet, because the Gods must be crazy, the rest of the blogosphere doesn’t praise them highly enough. Then again, said blogosphere is responsible for Yung Lean and labels like ‘normcore.’ So it goes.

Trust when I say that even though there will be damn good rap records hitting the streets (read: leaked on the Internet) in a few weeks — Pinata (Gibbs & Madlib), My Krazy Life (YG), and Jimmy the Burnout (Nocando) — I’m waiting on the next installment of  The Outfit, TX’s “Texan Chronicles” like I’m waiting on the last episode of True Detective. For now, they’ve dropped a video for “Purple Diamond Tea,”which ranks among the best tracks on on Mel’s half of  Cognac/Four Corner Room (full review here).

“Purple Diamond Tea” is the sound of an X-Files episode featuring Pimp C. It’s eerie and alien, the very definition of extraterrestrial swangin’. Or something. Mel bends curbs and twists herb, deftly dragging out his words in a way only afforded to Southerns with drink in their soda. This is how you paint vivid pictures that don’t have to mean more than what’s on the canvas.

With respect to the literal visuals, Mel raps somewhere in Texas, posturing, mugging, and dancing outside of a bando. It’s not complicated and it doesn’t need to be. He’s rapping about how it feels to ride in the South, not actually doing it.

In sum, if Texas had an indie rap label in the vein Stones Throw or Rhymesayers, The Outfit, TX would be carrying it on their shoulders. Until then, they continue with little help from the machine. Check them out at SXSW. They are on the bill with EarthGang and Chuck Inglish, and thus the God’s sometimes get it right.

The recently released video’s for Mel’s “Drunk Driving” and “Free Yourself” are below the jump. Watch, listen, and do as they say with caution.