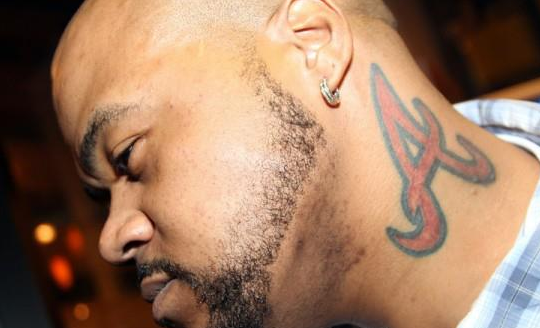 While addressing Big Rube’s involvement on his sophomore album Honest, Future told Pitchfork “Big Rube was on my first album and some of my mixtapes. His words are so powerful. I want to speak every word he says into existence. I wanna be a part of that! I wanna be a part of greatness. His wordplay is great to me. Can’t nobody fuck with him when it comes to this shit. This nigga should be writing for motherfucking The New York Times.”

The man born Ruben Bailey was originally a rapper. Organized Noize captain Rico Wade suggested Rube do an interlude for Outkast’s debut and his new path was born. Since then, almost every member of the Dungeon Family has had the Def Poetry participant perform on an intro or interlude on their album. 8Ball & MJG, CunninLynguists and Truth Hurts have also asked for Rube’s blessings on wax, not to mention the 2006 cult film ATL where Rube wraps up the film with his signature spoken word performance. Big Rube remains the intellectual that keeps Southern rap grounded no matter how weird it gets.

Serving as an underrated member of the Dungeon Family for two decades, the man has popped up on countless classic. The following collection is a short list of his often overlooked contributions.

“True Dat (Interlude)” off Outkast’s 1994 album Southernplayalisticadillacmuzik
In his recording debut, Rube broke down what is truly meant to be considered an outcast in society and how he wouldn’t have it any other way. The interlude segues perfectly into the song “Crumblin’ Erb” and leaves some listeners pondering how their surroundings are negatively influenced.

Society of Soul was a group made up of Organized Noize, Rube and singer Espraronza. The title track of their album was based on teaching the youth about negativity and the ills the black community.

This is arguably Big Rube’s greatest performance discussing the mind state of people, how religion has altered history, the inequality among races in America, and how the end of civilization might be near.

This scripture in the book of Rube is based on a tale about a legendary king that had a vision and the outcome of his civilization.

On this avant-garde record, Rube follows Erykah Badu and closes the track with his poignant poem on the everlasting mission of freedom.

Rube’s voice is pitched higher to give the effect that he’s a hood version of Cupid. He finally gets a break from being the conscious mind in the crew and lets loose about the opposite sex.

“What Iz Rap?” off Dungeon Family’s 2001 album Even in Darkness

Rube and Witchdoctor wax poetically how rap is deeper than being a genre of music.

On this laid-back ode to the Southside of Atlanta, Rube raps about the atmosphere, landmarks and characteristics of their hometown.

The Astronaut Kid had his OG drop jewels on the game, on the streets, and bettering your community.

Rube preaches on how people try to take advantage of others and cross them just because of money and success.