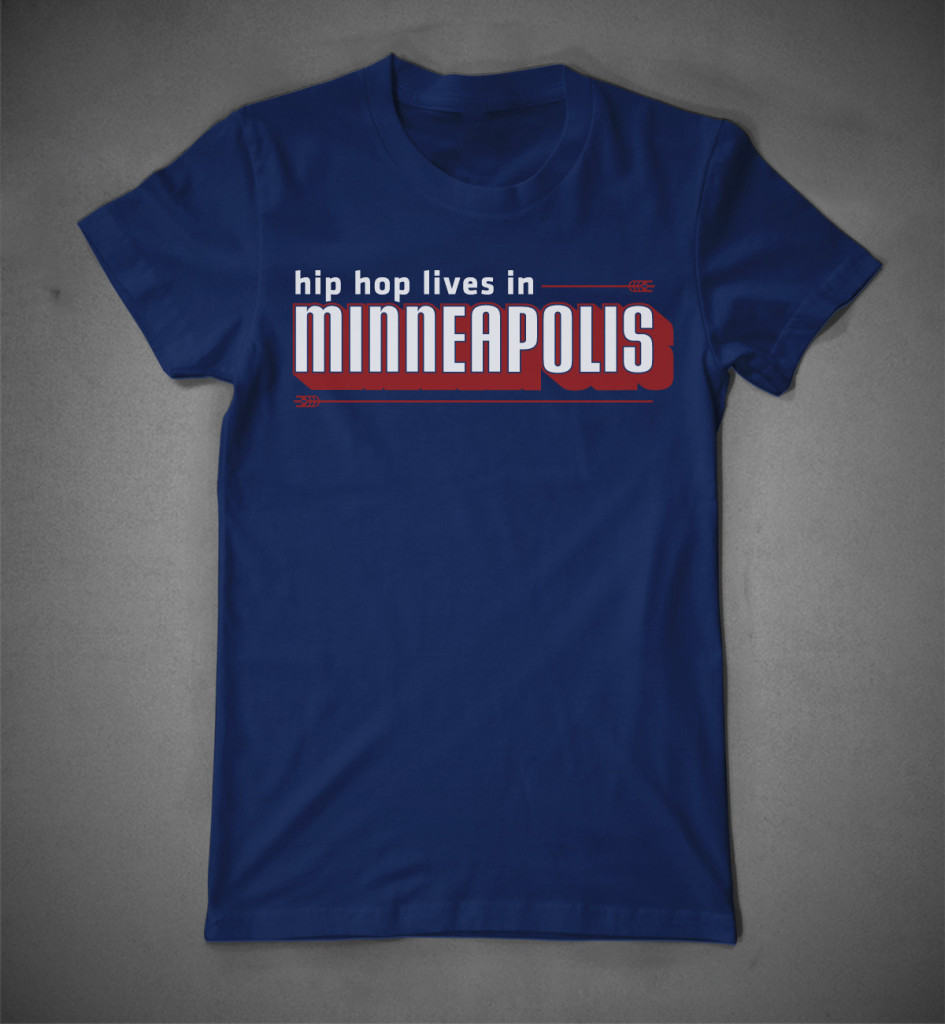 Minneapolis is undoubtedly the cultural hub of the Twin Cities, but the college town/Capital city across the river is producing some of the most promising, progressive artists from their metro area. And I’d argue across the internet. As a Minneapolis lifer who can only be dragged to St. Paul to see my grandma, I’m starting to wonder what’s in the water.

The Twin Cities tend to support it’s artists to an impressive level of self-sustainment. In a recent panel I attended on the state of the local rap scene (yeah we have those here) Slug remarked that there “more indie rappers without jobs” here than any other locale he knows of. If we’re measuring per-capita, I’d say he’s spot on.

The Standard is what happens when the talent in a humble midwestern town begins to boil over, and the collaborative spirit of a scene is embraced by the most promising artists of it’s new school. As of last week, St. Paul based or raised solo acts Allan Kingdom, Bobby Raps, Psymun and Spooky Black announced the formation of a loosely fit supergroup. Or, as a text from Bobby read, “band of brothers” is the favored term.

But The Standard chose their name for a reason and if you read the music internet, you’re going to be seeing a lot more of each of them, so lets start with proper introductions vis a vis their first song as a band, “Doors.”

Kingdom is a twenty-year old product of the Kanye, Pharrell era of rappers-as-auteurs. Along with his wiry, chitter chatter flow, Kingdom sings, produces and handles a portion of his own visuals. Also firmly within the bedroom producer mold, he continually tweeted his music at Kid Cudi’s former manager Plain Pat until Pat had signed him to a management deal, mentioning that Kingdom’s production was “intimidating.” If the former Art-School kid needs further qualifiers, his forthcoming album will be co-produced by Justin Vernon’s buddy Ryan Olson of Gayngs and Polica fame.

Next is the twenty one year old Bobby Raps, that emerged on the scene as a chubby, rosy cheeked teenager who could rappity-rap with the best of them. Since then he’s developed into a more than capable songwriter, engineer and one of the best producers yet to come on your radar, finishing 8th out of 50 in the iStandard beat battle finals in New York last year where he faced a judges’ panel that included S1 and !llmind.

Psymun is the only member who did not spend his formative years in St. Paul, though he lived there during his ascent on the local scene. Growing up in Hudson, Wisconsin- the border town 30 minutes from the Twin Cities that is most known as to where the dry-state Minnesotans get there booze on sundays, he’d send beats to rappers on Myspace like Coss and Scienze. He moved to the cities, made good with the locals and started banging out beats that spanned across jazz, boom bap and neo-soul. He recently produced an album for Minneapolis vocalist K. Raydio entitled LucidDreamingSkyLines, contributed to Chester Watson’s Tin Wooki, announced a move to Brooklyn and set a May 6 release date for his album Pink Label.

Then there’s Spooky Black, whose quickly become internet famous (or infamous?) for his post-Weeknd blend of edgy R&B with a dash of James Blake’s “I barely pronounce the lyrics I wrote” crooning, along with being an angelic-voiced sixteen-year-old high school student who still sings in his school choir (and whose aesthetic shows the melted lines between tumblr and reality, word to Craig Jenkins). In the past month he, his gold-chain adorned turtleneck and his du-rag have been catapulted into blog and industry consciousness. Since I last checked both Anthony Fantano and Dante Ross were taking to the tweets to decide whether he’s the R&B answer to Lil B or Yung Lean while Ebro and Rosenberg tried their hardest to get offended while still offering the caveat “it’s kind of good.”

What comes with that dynamic is also a frustrating level of insularity. Artists climb the local ladder to newspaper coverage and regular show bookings around town only to find themselves hitting a glass ceiling in the lack of a major music industry machine that comes with city that’s historically been seen as a “fly-over.” Let’s hope that Allan, Bobby, Spooky and Psymun can circumvent that lack of infrastructure and set a new standard for their town.