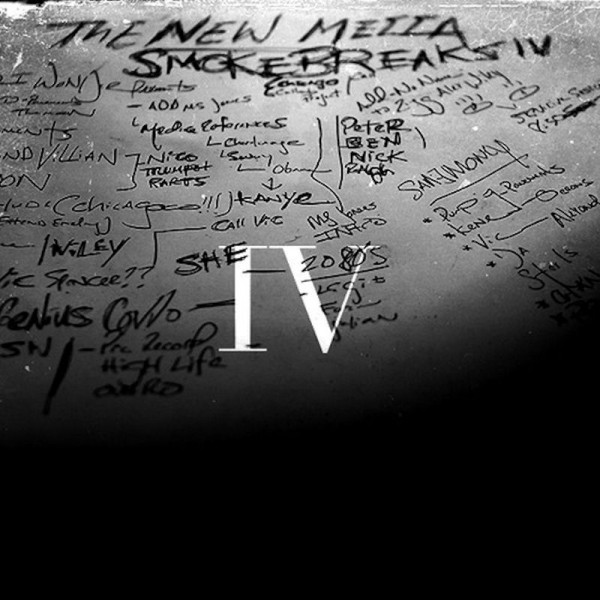 From the start, as Michael Anthony’s feather light tremor murks up an old Kanye ballad, as a sampled Cornell West calls President Obama a “global George Zimmerman,” THEMpeople’s Smoke Breaks IV asserts itself as a rebellious, eery refraction of Chicago. Two of the city’s icons, scarred. The tone is set. This is an album conscious of legacy, critical of status quo, unafraid to throw stones.

But first, an introduction. Though the cover art and first single’s video make clear that this compilation is about the whole extended family, THEMpeople’s core deserves the attention they avoid. They are four transplants who grew up elsewhere, then enrolled and dropped out of Chicago art schools. L Boogie engineers and plays the keys, Sean Deaux mans the MPC, and Michael Anthony and theMIND do impressive things with their vocal chords. Affiliates include the female singers Via Rosa and Jean Deaux, the guitarists Ben Hixon and Nick Jacobs, and SAVEMONEY’s crew of scoundrels.

By name, Smoke Breaks IV is the latest installment in THEMpeople’s series of beat tapes, but it is very much a different beast. Past projects strided through influences – Dilla, Doom, The Roots, on and on deeper down the instrumental wormhole. IV is a highly produced, highly curated set of songs by a carefully picked set of cohorts. Keeping the title consistent proves to be a neat conceit. This is the culmination of many smoke breaks.

Joey Purp – the cleverest afro this side of the 70’s, and one-half of Leather Corduroys – leads off with two sets of eight bars packed tight with rhetorical questions, contradictions, and slant rhyme. “What’s the difference between crack smoke and black folk?” he asks, over cloudy vocals, tapping snare, and gunshots. Hearing no answer, Dally Auston and Nico Segal’s trumpet breeze in to clear the smoke.

Things only get heavier from there. Contemplations on capitalism; gray skies in the cool summer; blues and red and rhythm and lords and vices. Drums skitter, bass creaks, guitars attack. THEMpeople operate in a more sinister version of the afro-futurist universe that Hebru Brantley paints. It’s a far cry from their days of improv’ing jazzy analog grooves (catch a young Vic Mensa spying in the background).

The cast keeps pace with the weary gleam. Anthony spits slick humility on “Ghetto Innovation,” doubting his woman and his faith, and calling his ambition “the façade, an arrogant vision of being God.” On the glitched out club nightmare “The Moon,” Mick Jenkins asks, “Can you see the path where the fog thick? Can’t you see the cash is costly?” On the sparse anthem “New Mecca,” over a solitary stand-up bass, Anthony flips the group’s ATLien influence into a threat: “Bombs over Baghdad / More like, missiles over Halsted.” 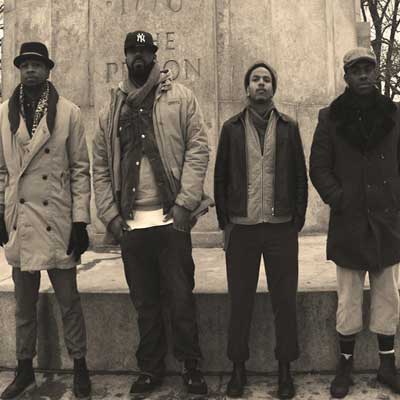 Not that it’s all dark. “Alexander Wang,” which gloriously reunites and harmonizes Nico and Vic, is a smooth-talking hit for the ladies. Kami de Chukwu flips FlyLo’s Aqua Teen Hunger Force theme into a joyous string of boasts, claiming to be “Kobe in the 90s.” “Pixeladed CPU” hints at the type of futuresex gadget-pop Timbaland longs to make again.

For the most part, the featured guests are a collection of kids who first started writing and performing at a poetry open mic. THEMpeople are the artsy music hermits in the cool loft studio with the spiral staircase and the best beats in the city. The chemistry is obvious. This is a generation whose first glimpse at success was Kids These Days, a seven-member hip-hop fusion band. Instrumentation and experimentation are everyone’s natural habitat. Everyone thrives in these complex song structures, where beat flips splinter almost every song.

Smoke Breaks IV is the sound of youth maturing, voices refining, writers and musicians finding their sweet spot. It revels and mourns and fades off into deep thoughts. And at the end, it throws in a two-year-old Chance verse to giggle at how much everyone’s grown. Here’s to further growth.

Throwing in a bunch of old links, to help you catch up. Via Rosa just dropped a solo tape, sounding like SZA rubbed in dirt (that’s a compliment). Vic Spencer is the surly old grandpa of SAVEMONEY, slanging cocky dirty jokes. Once in a red moon, Nico Segal rocks the mic. All are worthy of your time.