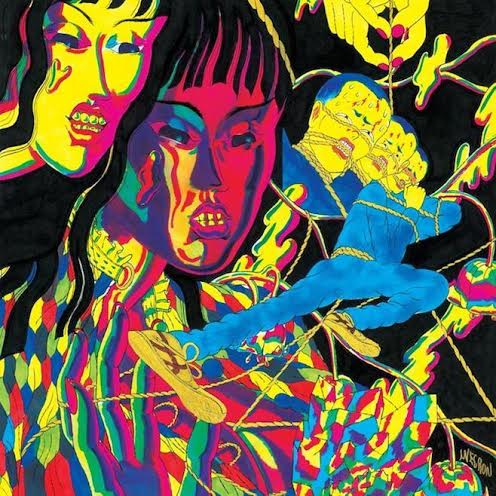 Douglas Martin has two pairs of Red October’s on layaway

Nobody likes being wrong about something.

It was announced in January that Thee Oh Sees, a first-ballot Dirty Shoes Hall of Fame group if there ever was one, would be taking, in their words, “a very long break.” Upon hearing that news and to my own detriment, I prematurely eulogized the band with the reverence I would usually reserve for the series finale of “Breaking Bad”. But as I said, an indefinite hiatus is not a breakup by any means. Still, though; how many bands have been on that sort of leave and have never come back? Sleater Kinney announced their indefinite hiatus almost eight years ago.

I guess this goes to show you that “indefinite” means “who knows” more than “a pretty long time,” as it is implied whenever you hear the time. It’s like being “on a break” from your significant other; that’s just code for “we don’t have the gumption to tell all of our friends that we’re breaking up.” But not in this case.

Since Thee Oh Sees steadily hold a workrate which can only be detected by one of those machines that clock the speed of sound, it’s really only fitting for their Very Long Break to be about as long as (and in some cases, even shorter than) the time normal human beings usually take between records. It’s only been a year since Floating Coffin came out, but considering the fact that this is a band who could turn over an album in the time it takes Arcade Fire to unload their instruments off of the bus, it still sort of stands as kind of a big deal.

As with many prolific bands (for example: the Fresh & Onlys), the law of diminishing returns always sticks its head around the corner as the slabs of vinyl are slipped into the sleeves. And while there are some great moments on Drop, you can’t help if all this prolificacy is dulling the band’s shine a bit. I’m certain this is one of the best-produced albums of the band’s career, but a good portion of the album barrells down paths the band has already beaten.

Of course, the band is still in full plow; songs like “Encrypted Bounce” have a certain barnburner quality to them, and would probably sound perfect blaring out of their amps while John Dwyer swills beer during a solo and a crowd surfer kicks you in the face. There’s also the krautrock-like groove and bleating guitars of “Transparent World,” the perfect soundtrack for taking LSD on the Autobahn.

But a shocking amount of the album has the kind of tunes Thee Oh Sees have done before and better, which might not be a problem had it not been for the excellent forward progression of Putrifiers II. (For the record, Floating Coffin, while having its standouts, would be ranked on the lower end in the pantheon of Oh Sees records.) John Dwyer still is a commanding songwriter, but the album’s middle section serves as the part where you go microwave some popcorn and come back in time for the album’s excellent final third.

“King’s Nose” is a weirdly ornate almost-ballad that wouldn’t be out-of-place on the back-half of a British psych-pop record, with its descending chord progressions (which become gradually menacing with the passing of each bar) and harpsichord-adorned verses. Dwyer is becoming increasingly adept at creating effective ballads, and album closer “The Lens,” with its French horns in the chorus and diaphanous vocals, is one of the best Oh Sees songs yet. It’s a quiet, lovely song which evokes the feeling of floating on a cloud at night, easy and carefree. Although the band has an esteemed reputation for unabashed peculiarity and swinging around violently, Dwyer can turn on a dime and drift right into some genuinely beautiful territory.

But is that enough to justify coming off of the break so soon? Only a handful of the album’s songs are true, legitimate keepers, whereas every Oh Sees album prior to Drop has been uniformly excellent from start to finish. I don’t want to call it a bad album per se, Thee Oh Sees don’t do bad albums. I don’t think they’re capable of making one. But after taking some well-deserved time off, you get the sense that there’s something missing here. Maybe that lapse of time (that I promise not to reference again, I’ve learned my lesson) was enough to lose the thing that made the vast majority of Thee Oh Sees’ albums click. Here’s hoping they pick up the ball and start running non-stop with it again.