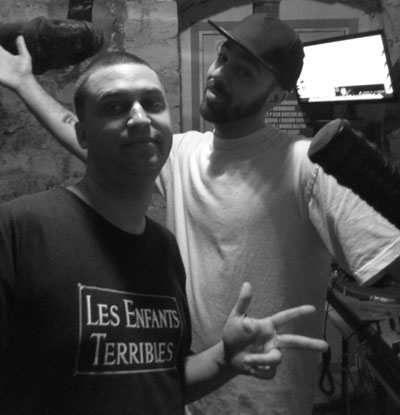 Son Raw is the French Connection

Some people go on vacation to lie on a beach, I end up in Parisian basements mixing records. In between listening to Future’s Covered in Money at Versailles (your move, Kanye) and eating enough French food to give Action Bronson pause, I visited Rinse France co-founder Azamat B’s weekly show to contribute a mix, discovering a rapidly growing station in the process. Launched a few months ago with the backing of London’s Rinse.FM, Rinse France is an online station seeking to promote a new generation of urban/electronic DJs, building on the country’s’ twin pilars of Hip-Hop and Dance music. The combination makes sense, Paris has a long history of incredible rap music and the French Touch House movement continues to resonate today thanks to Daft Punk’s million dollar art rock adventure time. An underground outlet for new DJs pushing these sounds can only result in good things, or at least an appropriate response to Yeezus’ croissants related disses.

As for the show, Azamat B opens with an hour of Ghetto inflected 4×4 madness, including Fraxinus’ All Ends, one of the hottest dubplates going around right now with support by everyone from Night Slugs to Logos. I handle the last 45 minutes and took care to include a number of unreleased gems from Montreal, whose radio rips are included below the drop. I suspect if you’ve read this far, you’ll enjoy them.