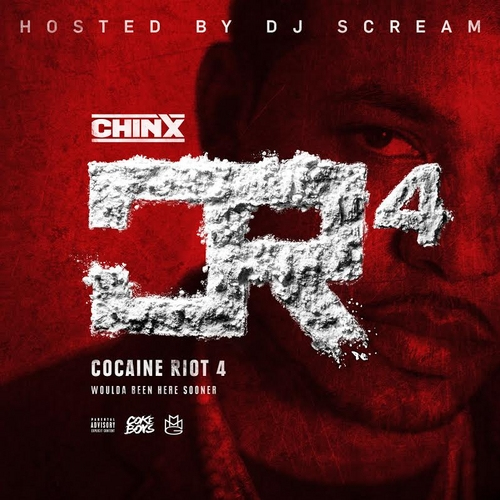 Deen needs to chill with that ill behavior

Every so often, I’m guilty of believing in muthafuckas that don’t deserve said belief. Case in point, French Montana’s weed carrier, Chinx or Chinx Drugz or Diddy. Whatever. I figured that given my longstanding irritation at French Montana’s xistence, his more talented acolyte might be worth rooting for. I bumped Cocaine Riot 2 and concluded that Chinx was more talented MC than French – at least in a traditional sense – and he also happened to be open to employing a lot of the more common tropes in rapper nowadays: sing-song hooks, sing-song verses, harmonizing whenever possible and a heavy reliance on ad-libbing. It also didn’t hurt that he had a bunch of Harry Fraud beats and the overall sound hit the sweet spot between gritty NYC shit and the prevalent sound of mainstream rap in recent times.

However, as much as I enjoyed Cocaine Riot 2, I wasn’t particularlydetermined to keep track of Chinx’s development like I would one of my new favorites. Or maybe it’s his fault that I didn’t realize when Cocaine Riot 3 dropped. Or I listened to that shit and it was so ass that I just erased it from my hard drive and memory and moved on with my life. That happens sometimes.

So yeah, I was halfway excited to give something new a chance since I’ve done little else besides listening to Freddie Gibbs & Madlib’s Pinata. And I have to admit, Cocaine Riot 4 started off pretty well. The first 3 tracks had me thinking that I was going to type all sorts of sycophantic and flowery prose about how Cocaine Riot 4 had dope ass, pompous sounding beats that I imagine 40 would make if he ever started doing speed before making beats. Or caffeine or some shit. You get the idea.

Alas, those first two beats were the pump fakes to end all pump fakes. At his most inspired, Chinx just sounds as if he’s been writing French Montana’s shitty ass verses over the last 4 years, and at his worst, i.e., 85% of the songs I managed to sit through before cutting this shit off, Chinx spends his time imitating all the usual suspects of the moment: Migos, Young Thug and whoever the fuck else is bubbling outta ATL at the moment. It’s all so disappointing to me; so much so that the prior sentence went on forever and barely makes sense. But I’m sure you’re smart enough to figure out what I’m trying to say. Everything from the verses to the hooks to the production sounds like some Atlanta shit – even down to the DJ hosting the tape.

So I suppose the lesson here, as always, is that New York rap is fucking dead. Okay, maybe that’s a bit of an overreaction, but y’all need to understand that I paused Pinata to listen to this bullshit. The most complimentary sentiment I can offer is that the shit only lasts for 12 tracks. Oh, and Bronx niggas are guaranteed to pretend this shit is good, even though it’s trash. Gotta count dem blessings wherever you can find em – I get it. But this shit sucks. Next.

Download Mixtape | Free Mixtapes Powered by DatPiff.com
We rely on your support to keep POW alive. Please take a second to donate on Patreon!