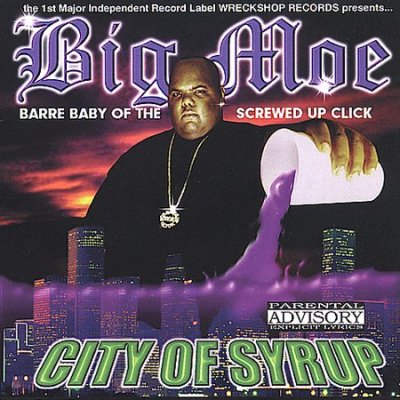 It’s been about ten years since Mike Jones, Paul Wall, Slim Thug, and Chamillionaire got regular airplay, and Houston is again ubiquitous. A$AP Rocky has weaseled his way into synonimity with the word “trill” thanks to repeated usage, his supposed love for lean, and syrupy chopped and screwed elements peppered throughout his songs. There’s an entire cottage industry dedicated to TRILL apparel. Even Beyonce, Houston’s native queen, put on for H-Town with the video for “No Angel,” featuring cameos by Z-Ro, Slim Thug, Scarface, Paul Wall, Bun B, Willie D, and locally famous jeweler “TV” Johnny Dang. Widespread cultural caché has been met with critical acclaim– critics are (rightly) quick to tout the importance of UGK, DJ Screw, and the Geto Boys. The marked change in critical tone from dismissal of Southern rap to a more even-handed reverence is long overdue. Unfortunately, lots of this coverage remains myopic; as great and deserving of love as UGK, DJ Screw, and the Geto Boys are, Houston’s rap canon branches out beautifully from the roots of that immense tripartite*.

Big Moe’s City of Syrup is a legitimate contribution to said canon. City of Syrup, his debut, features not only Moe’s signature half-rapping, half-nasal, breathy crooning, but has guest appearances from what was once the who’s who of Houston rappers. Moe’s membership in the Screwed Up Click yielded appearances from a young Z-Ro, Big Hawk, Lil’ Keke, ESG, Lil’ O, Will Lean (of Botany Boyz) and (of course) DJ Screw himself. City of Syrup is not only sonically important, but it provides listeners a time capsule to a bygone era– Houston’s rap history is rife with tragedy, and the contributors to Syrup are no exception. This would be the last major collaboration between Screw and the members of the SUC. Less than four months after the album’s release, Screw would be dead from a drug overdose catalyzed by his abuse of codeine. In 2006 Big Hawk, brother of the already murdered Fat Pat, would be gunned down outside a friend’s house. The next year, Big Moe, at 33, suffered a heart attack, and a week later died while in a coma. Many believe his early demise was caused by his love for codeine.

The tragedies that followed the album have no bearing on its musical qualities– there’s no “Suicidal Thoughts”-type fatalism apparent in Moe’s music. City of Syrup is a joyous celebration of pourin’ up and leanin’, poppin’ trunks, hustlin’, ballin’, and, uh, ignorin’ haters. From the get-go Moe’s intentions are apparent; the cover of Syrup portrays a super-sized Moe pouring a codeine cup full of purple drank on the Houston skyline. The album even opens with a skit documenting Moe’s birth, which the doctor concludes is influenced by codeine in his mothers blood, resulting in, not a “crack baby,” but a “Barre Baby,”^ naturally. The album itself feels as if its had a muddy double cup spilled all over it, the sticky, smooth liquid penetrating every crevice. The beats are bouncy and the lyrics revelatory; Moe’s singing/rapping is the Jolly Ranchers at the base of the cup– sweet sounding, but the content street-ready hardness.

As should now be apparent, many of City of Syrup’s songs are concerned with getting throwed. It’s a credit to Moe and his SUC comrades that hearing about opioid obsession never feels repetitive. “Barre Baby” leads off the album, its slow pace and childish, hypnotic chorus a calling card for the round, baby-faced Moe. “Po’ It Up,” featuring Hawk and Z-Ro, is an unabashed banger. Hawk’s buttery smooth flow and Z-Ro’s staccato tongue twisters sandwich a Big Moe verse featuring the most charming fat guy rhyme I’ve ever heard (“So I got up, and I hopped in the shower/ Ya know a big dude like to smell good so I took about an hour”). The song Syrup may best be known for is, deservedly, the Zapp & Roger-sampling “City of Syrup.” The synth-heavy beat hits hard, Z-Ro brags that he has “so much drank in [his] cup, the soda water don’t even move,” and the chorus is simple and catchy. Backed by a talkbox, Moe passionately sings

If drug raps aren’t your thing (an understandable stance), City of Syrup is, from start to finish, an extremely original and unique album. Prior to Syrup, Houston rap trended toward hardcore raps backed by soul and funk samples from the 60’s and 70’s. While that’s an admitted generalization, it’s impossible to imagine Houston dope boy raps over the samples Moe favors. The production on Syrup entirely eschews the traditional sample palette, instead interpolating Lisa Lisa on “I Wonder,” Jodeci on “Leanin’,” both Santana and Wham! on “Payin’ Dues,” The Time on “Po’ It Up,” Prince on “Choppaz,” and the aforementioned Zapp & Roger-based “City of Syrup.” There’s even a response to Black Rob’s “Whoa!” called “Maan!,” a chorus-less four minute freestyle track. Those samples are, ostensibly, un-Houston-like, but Moe’s brilliance is that he and his guests make them sound like a natural extension of the the city’s funky inclinations.

City of Syrup was released in 2000, a transitional period in Houston rap. New faces were emerging– particularly Michael Watts’ soon-to-be prolific Swisha House– and the soundscape was shifting. Big Moe was an integral, if difficult to categorize, part of this shift. There’s no easy like-for-like comparison to Moe, but his hybridization of singing and rapping, left-field sampling, and interpolation of pop music melodies resonated heavily in Houston rap, particularly with Z-Ro, who owes some of his chesty delivery to the deceased Barre Baby. Moe may not posthumously receive the plaudits of his contemporaries, but his impact was indelible. City of Syrupis undeniably Houston, a bizarro, screwed up ride through the sunny Third Ward of Moe’s mind. In a time of increased shine for Screwston, Big Moe deserves the widespread attention he never received while alive.

*I realize Houston rap didn’t start with the Ghetto Boys (later renamed “Geto Boys”), but it’s fair to call them Houston’s first major rap act.
^Barre was a popular brand of cough syrup, and was temporarily eponymous for drank itself.