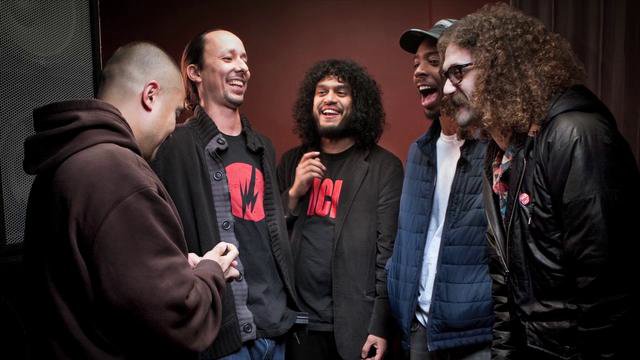 There are stories about its genesis and how Odd Future and Thom Yorke came to play it. We talk about the ever-increasing blur between hip-hop, psychedelia, and electronic music, the meaningless of genre, and where we’re at it in 2014. Podcast is below the jump.