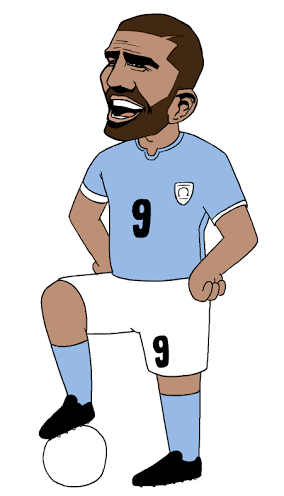 We’ve now seen all 32 teams play in this tournament. Google searches are 10x higher for the World Cup than they were for the NBA Finals this last week. The game done changed and here is a guide to get you the rest of the way onto the wagon.

(one slot per country, formation sensitive):

Lionel Messi : Kendrick Lamar — You don’t have time to give interviews when you are the best of your generation. Maybe ever.
Luiz Suarez : Drake — Will do anything to make sure his team (read: him) wins. If he’s gonna lose? He’ll stay seated.
Cristiano Ronaldo : Kanye West — Your hate has grown deep like the rivers this guy just keeps peeing in but you keep on drinking.

Andres Iniesta : Pusha T — There have been delivery men before but never like this.
Yaya Toure : Big K.R.I.T. — Soulful, reliable, multi-talented.
Arturo Vidal : Killer Mike — You can try to block him, he’s still gonna barrel you over.

Philipp Lahm : Earl Sweatshirt — Short in stature, precise in just about everything else.
Thiago Silva : Captain Murphy — The amalgamation of great ghosts who came before him to lead.
Giorgio Chiellini : Kevin Gates — All the makings of a moron but actually marvelous.
Fabian Johnson : Ab-Soul — Nation-sized ambitions, young enough to believe.

Thibaut Courtois: Chance The Rapper — Young, promising, and seemingly without a permanent home. Savior of something, surely.

Mario Ballotelli : Chief Keef –Relentless antics, occasional brilliance.
Neymar : A$AP Rocky — All the hype, twice the pressure, half the output. So far.
Joel Campbell : Isaiah Rashad –In the midst of a lot talent, looking for his shot.
Gervinho : Future –Looks lost, gets lucky.
Arjen Robben : Blu –A magician out there on the edge. On his own.
Mesut Özil : Open Mike Eagle — Zen mastery in all but humor/appearance.
Andrea Pirlo : Nocando — Quietly killing it without acclaim since 2006.
Michael Bradley : Freddie Gibbs –Bald, breakneck, eagle with an artist’s eye.
Dani Alves : Tyler The Creator — Eats cockroaches and/or people.
Vincent Kompany : Jon Wayne — Leading a team you never knew existed. Team Waffle Crackers.
David Luiz : Macklemore –It doesn’t matter how skilled you are when you’re this much of a clown.
Manuel Neuer : Mac Miller — The latest on the lighter vine that’s getting better with time. 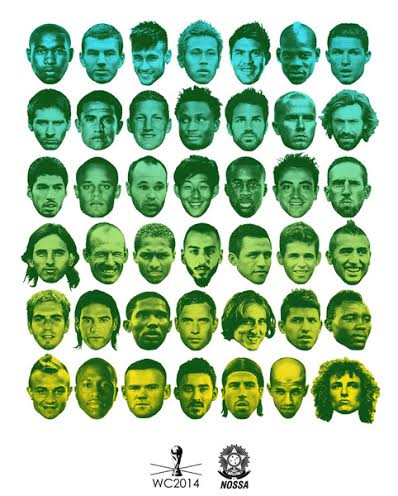 Pele : 2Pac — Bigger than the game itself, regardless of what happened between the whistles.
Maradona : Biggie — Morally polarizing, individually magisterial.
Eusebio : Big L –Makeshift, improvised skill, the likes of which we haven’t seen before or since.

Zinedine Zidane : Jay Z — What do you get the guy who’s won it all? A tarnished legacy.
Bobby Chalton : Rakim — The pioneer and regional hero of a more simple time.
Johan Cruyff : Nas — What his intricate approach never wins in titles, it’s long since had in hearts and influence.

Franz Beckenbauer : Eminem — Turned heads by showing the shrewd and ugly side of the beautiful game.
Paulo Maldini : KRS-ONE –Got in young and stayed consistent until right before he could of won it all.
Fabio Cannavaro : Andre 3000 — A stand-up lady killer that quit when he was ahead.
Roberto Carlos : Big Pun — A man in his position wasn’t supposed to but could whip it from just about anytime, anywhere.

Lev Yashin : Scarface — Guarded a region that didn’t have a lot of respect before he came along and saved them.