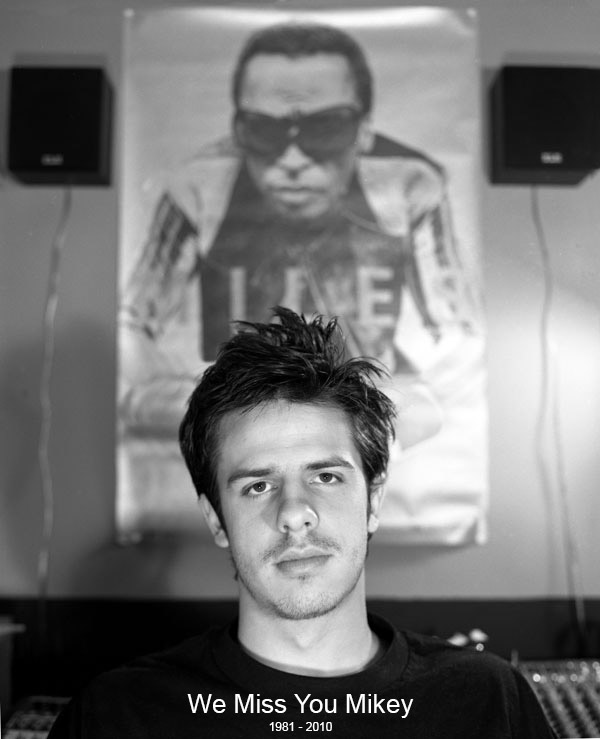 Eyedea was the meanest battle rapper you had ever heard–until he wasn’t.

Micheal Larsen won Scribble Jam the same summer he graduated from Highland Park High School in St. Paul. The following year–when he was finally old enough to vote–he beat Immortal Technique in New York to win Rocksteady and, more famously, emerged victorious from the HBO-hosted Blaze Battle. Legend has it that Eyedea was then offered a deal with Bad Boy and turned it down; either way, his still-quoted victory over Shells in the final round was a crucial push through the door for the turn-of-the-century underground movement.

Though officially and thoroughly a Rhymesayer, Eyedea was a fixture around anything Def Jux or Anticon. Anything Eyedea touched popped off the wax. The famous “Orphanage Freestyle” is basically a series of excellent emcees trying and failing to keep up with their youngest associate; his charisma was almost corrosive. He didn’t cross over the way some of those peers were able to (though “Big Shots” certainly dented college playlists), but both First Born and E&A are are master classes in forward-thinking hip-hop, Eye and longtime collaborator Abilities grounding their ethereal angst with unquestionable chops.

Even as his music drifted into murkier waters, the years in the battle trenches served Eyedea well. His live shows were kinetic, part improv and part dead-eyed precision. This was not an illusion; Eyedea took the craft seriously. Recalling Atmosphere’s 2001 Fill in the Blanks tour, Sage Francis tells stories of entire bus rides dedicated to E&A rehashing the previous night’s set. But for all the thought put into it, the ability to live in the moment was paramount. The Iliad-length freestyle sessions between Slug and Eyedea that ended many of the early-2000s Atmosphere shows are the stuff of local legend. In short, Eyedea was a living, breathing picture of meritocracy: weird enough to stay ahead of the underground, but dope enough that the old heads couldn’t deny him. Even shorter: he was doper than your favorite rapper.

But by 2009, the back-to-basics approach was a distant memory. By The Throat, the first Eyedea & Abilities record in half a decade, was a moody, abstracted turn from a man coming undone. It’s an engrossing listen–styles came and went, but the pen and tongue never slipped. When, a year later, Micheal Larsen passed away alone in his apartment, the record was cast in an even darker light. What was once a youthful spark had aged into restlessness. With his untimely death came an outpouring of support and much-deserved respect–but it was and still is hard to feel anything resembling closure.

“Chemical Burn”, the first posthumous feature from Eyedea on the upcoming EP Ultraviolet by Fake Four emcee Sadistik, doesn’t tie up any loose ends. It won’t help anyone sleep better at night. But it is a cage-rattling reminder of how incisive Eyedea could be. The track, recorded in 2010, is possibly the final look we’ll ever have into one of the sharpest minds to ever come out of the Midwest.