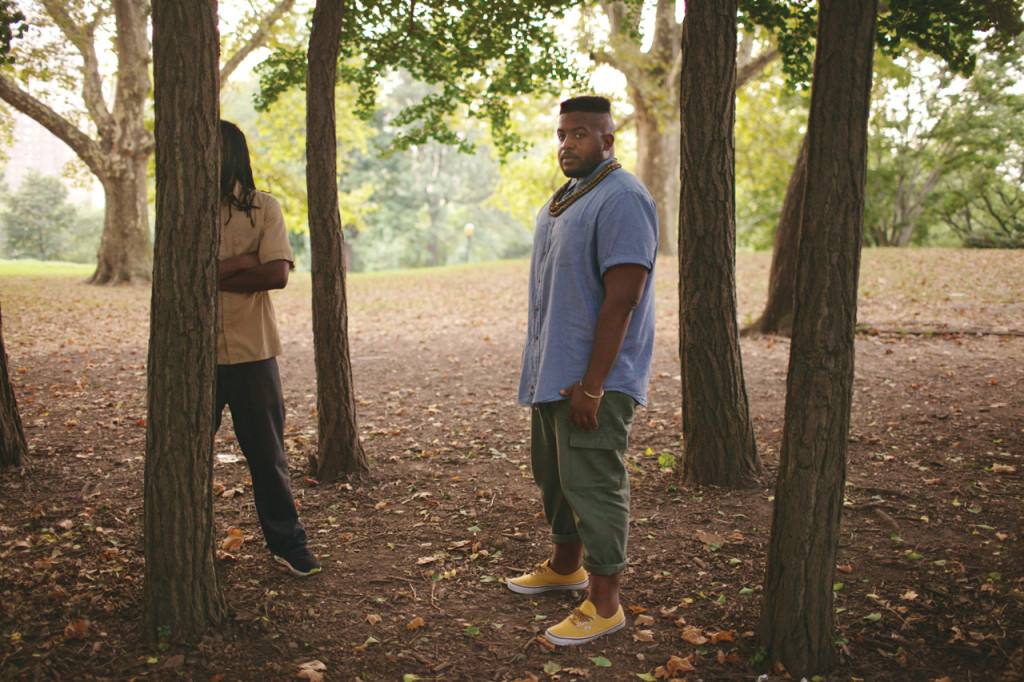 Elucid and Billy Woods just want to pay their rent. Collectively known as Armand Hammer, the duo is responsible for the best album you missed in 2013: the stellar, heady RACE MUSIC. Whatever you were listening to on the way to work this morning, this record knocks harder and is more cerebral—at the same damn time. Now, as Elucid and Woods prep their upcoming EP, furtive movements, they revisit RACE MUSIC for one last go round. Just in time for summer’s dog days, the sober “The Rent Is Too Damn High” gets a fittingly bleak video treatment.

RACE MUSIC is an album that deals in big ideas, but often does so in a roundabout way. Elucid might snap and growl while Woods invokes the names of history’s greatest villains (Serge Ibaka included), but for the most part, it’s a record that can be immediate only in presentation. “Rent” is an exception to the rule. Start with the Woods-helmed hook that anchors the song—instead of exhausted tropes, the living conditions are given a shrill, inescapable voice. “I can hear my neighbors fucking.” The building’s tenants call on their gods while they pray for their radiators; one candidly explaining to Woods his impending death. This is a song that put things in terms you can see and touch. Anna Stypko’s fiercely naturalistic video captures everything up to the dilapidated walkup’s musty stench.