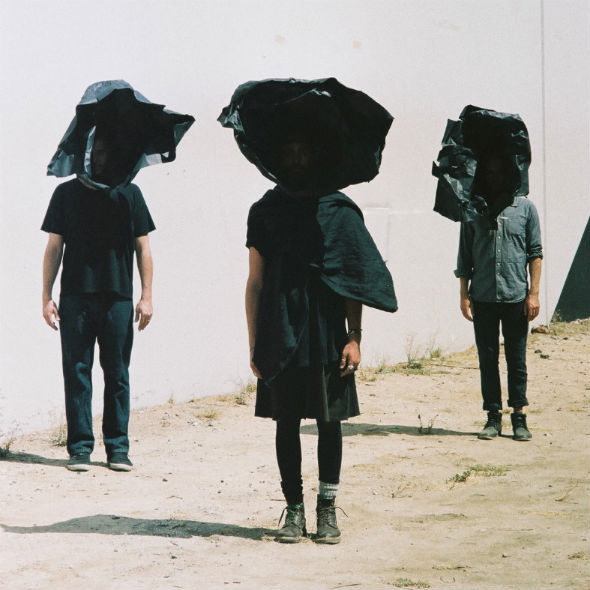 The Acid nearly inspired a life crisis. The contretemps occurred last Saturday. I was listening to KCRW when a song came on that seemed suspiciously like Bon Iver. But it wasn’t a regular Bon Iver song that makes me want to start pouring organic free-trade pour-over iced coffee all over everyone in Echo Parks. It had a soft swing to it, a sentient pulse, and vocals that vacillated from lulling to vicious. It managed to generate tangible emotions. It was abject and terrifying.

No matter what our age, music generates a pernicious strain of self-identification. Was I suddenly a Bon Iver guy? Am I emo revival? Should I wear even more flannel? Can I drape myself in all-white velvet, grow an ancient Assyrian beard and appear at Kanye’s studio being like, “bro, I’m ready for my close-up.” Naturally, none of these things happened after I discovered that the song was “Basic Instinct” by The Acid. It somehow made feel even dumber because The Acid are a trio whose music loomed in my open browser window last year, waiting to be written about for roughly 18 days before a crash obliterated all traces of memory.

I first heard about them last fall. Producer/professor/former Yale football Steve Nalepa told me that a newly formed group of his released a few tracks on Soundcloud that were blowing up. He sent them to me. I highly enjoyed them, told them that I’d write about them, and inevitably wrote my 73rd blog post about Young Thug instead. My instincts are basic. Hearing the song on the radio rekindled my desire to listen to the full EP again, which was released on British imprint, Infectious. It is excellent. Their full length debut is entitled Liminal, which is the rare album title that accurately describes the aesthetic. It’s less psychedelic than it is dreamy. Narcotic limpid melodies that adumbrate ideas about fame, sex, and base human desires.

All three are veteran musicians so the influences are too many to pick apart. If you like Radiohead, the XX, and Bon Iver at his best, you’ll probably gravitate towards this. They’re well-made guitar-pop songs buoyed by whirling electronic beats — aesthetics formed in Berlin and at the Low End Theory (where Nalepa is a regular). They’re playing in European Festivals all month (dates here).  A full profile will inevitably come in my Bizarre Ride column. Liminal drops next week, but you can hear their self-titled EP below. I don’t recommend dropping acid to accompany the experience, but a glass of Cabernet and a strong spliff will help keep things civilized.

The Acid – Fame (Official Full Length Video) from The Acid on Vimeo.