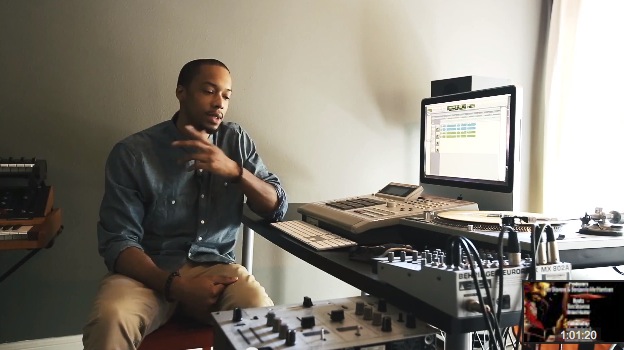 Zilla Rocca was there, you’re a square, y’all do not compare

The greatness of Black Milk’s No Poison No Paradise LP was his approach as an emcee. The Dirty District MPC slapper has paid the bills close to a decade thanks to his J Dilla and Slum Village cosigned beats, but Black Milk The Rapper mainly stuck to styling and bouncing over his beats with nimble Champion Sound-type flows. No Poison No Paradise quietly showcased Black’s growth as a writer — the flows were still his trademark, but his emphasis on subtletly, restraint, and vivid storytelling were unlike anything he had penned on Popular Demand, Tronic, and Album of the Year. Black went from “this is what I can do” to “this is who I am” over the course of 13 songs — a quiet kid tiptoeing the traps of Detroit street life while dusty crates called out to him to mine murderous blammers. He created a mood, something Danny Brown excels at on Side A of Old. The storytelling and production on “Deoin’s House”, “Sunday’s Best”, “Monday’s Worst” and “Pefected on Puritan Ave” would fit comfortably on good kid maad city; that particular collection of street narratives, where temptation, morals, religion, and peer pressure as an inner city creative weigh heavy in one of the most dangerous towns in America, is twice as strong and half as short as the last three Roots’ LP’s, which beat you over the head with “MESSAGE!”.

His new song “Now or Never” with BADBADNOTGOOD sounds like an alternate album closer from No Poison. BBNG are jazz maestros who understand vibe and grit. Their new album III is a masterwork of charcoal skies, menacing basslines, and drums that make you want to rap. It’s the closest thing we have to a Menahan Street Band album currated by Portishead. It’s one of the best albums of 2014 because it sounds nothing like the current stream of overcompressed and EDM-friendly everything that dominate the moment.

With BBNG handling the production, Black Milk approaches the mic as a hustler on the brink of riches or death: “Nah ain’t nothing better, I put that on whatever, youngin keep that head up, time to get it now or never, we gone…till we on”. Those lines could be on a Young Jeezy album or even “Falling” from Jay-Z’s American Gangster. Black Milk has learned how to make bleak street raps sound personal and poignant, hopeless but necessary. Like Oddisee, Black Milk is now more than capable of being profound in front of the mic as he is putting a filthy sample through the wringer.