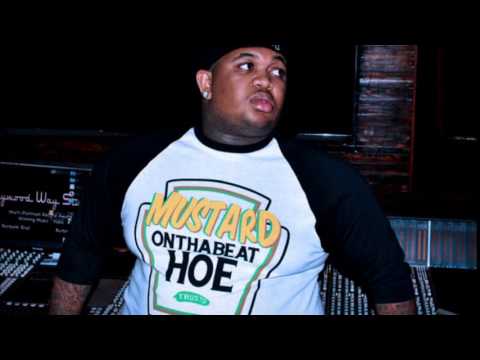 A decade is a long time to plan for. Even Joseph Stalin, a dictator, only had the temerity to plan in five year increments. The initial plan led to the starvation of millions. The baby-faced DJ Mustard’s ostensible plot for ten years of summer domination, hence the title 10 Summers, is wildly ambitious. Though baking bread for emaciated peasants and making beats for rappers chafing their bellies with the weight of their swinging chains are hardly akin to one another in process, foresight is the key to successful long-term ventures. Stalin grievously misread the preparedness of the Soviet Union for rapid industrialization. If Mustard is aiming for a decade of not only influence, but power, he’ll need to maintain his acute eye for rap’s ever-shifting landscape. Assuming this summer is the second of his own Ten Year Plan, Mustard’s 10 Summers is worthy of investigation.

Mustard’s reverence for classic gangster rap is evident from the beginning of 10 Summers. “Low Low,” featuring Nipsey Hussle, TeeCee, and RJ, is clearly a reference to “Lolo,” the opening skit to 2001, wherein Xzibit and Tray Dee excitedly marvel at Dr. Dre’s chromed-out, bouncing lowrider. “Low Low”’s deliberate beat shares 2001’s aura of white-walled smoothness, a shiny exterior with a gangster interior. “Ghetto Tales,” too, borrows heavily from the West Coast’s rich canon, this time it’s “Boyz-n-the-Hood”’s storytelling raps and subtle, metronomic hi-hats. TeeCee goes so far as to rap “Woke up quick, right about noon/Thought that I had to be in Mid Town soon/Yankee fitted hat, nigga, to start my day/We bang the Deuce, this ain’t West L.A.” Neither “Low Low” nor “Ghetto Tales” are lyrical masterpieces, but they’re effective, fun songs that cater to fans in L.A. Raiders gear and Chuck Taylors (gang colored laces optional).

Where 10 Summers struggles to maintain momentum are the transitions between gang flagging, stripper pole gymnastics, and love seat positioning. Though the early parts of the album are what I find most rib-sticking– Mustard even coaxes something akin to lyricism from Dom Kennedy!–it’s surely the songs featuring A-listers 2 Chainz, Rick Ross, and Lil’ Wayne that are destined for more widespread play. “Giuseppe,” an ode to garish Giuseppe Zanotti shoes, labors with a generic Mustard beat and uninspired performances from 2 Chainz, Young Jeezy, and Yo Gotti.* “Face Down,” featuring the aforementioned Lil Wayne, alongside Big Sean, YG, and Lil Boosie, is more redeeming than “Giuseppe.” Mustard’s beat for “Face Down” is, essentially, “Back That Azz Up 2014”, its dramatic strings and pec-flexing “ays” a direct antecedent to Mannie Fresh’s late 90’s production. “Face Down”’s reverberating bass is undoubtedly going to muffle the vocals in overzealous listeners’ speakers, but it’s also going to bedazzle many low denomination bills with stripper ass glitter. Wayne mercifully refrains from any hashtag punchlines, even while sharing a song with the execrable progenitor of the style, but it’s still mostly the same hackneyed, eye rolling bars we’ve come to expect. Wayne’s fellow lil’ Louisianan Boosie’s near helium-pitched chorus and verse are the highlights of the song, though most who hear “Face Down” are going to be too fixated by Sapphire on the main stage to giggle at lines like “Got a chick out in Tallahasee, she a cougar/ She call me her lil’ Juvie/ I gave her her groove back, she groovy.”

Unfortunately, with 10 Summers there won’t be much grooving– the slow jams on the album are largely unmoving. “4 Digits” is a mildly clever ditty about a woman trying to guess the four digit combination to an iPhone, and Tinashe’s one minute interlude over sassy songstress keys is a nice touch, but neither is essential listening. “Deep,” which caps the album, has an instrumental with suitably submerged horns and snaps, but Rick Ross and Wiz Khalifa’s laziness and inability sink the track. The format of beginning with g shit and ending with g-spot shit is clever, but its execution left the end of the album feeling detached.

Lil’ Wayne’s presence on “Face Down” illustrates a critical crux of 10 Summers, namely shoehorning Mustard’s sphere of influence into a cohesive project, while recruiting high profile acts to raise the profile of the album as a whole. West Coasters YG and Nipsey Hussle represent and Boosie does his thing, but the lesser known musicians on 10 Summers are the ones doing the yeoman’s work, mostly outpacing their famous brethren.

If Mustard truly wants a decade of Hot 100 hits, he should use early 2000’s rap history as a guide. Ten years ago, two of the most prominent rap producers were Lil’ Jon and the Pharrell Williams-led Star Trak. Lil’ Jon’s signature crunk sound, instantly recognizable, widely copied, and once kingmaker for acts like the now-irrelevant Petey Pablo and Ying Yang Twins, has never evolved. The surprising popularity of “Turn Down for What” shouldn’t cloud the fact that Jon’s spent much of the last decade in the wildernesses of Celebrity Apprentice. Pharrell’s continual evolution has catapulted him from behind the boards to international pop superstar. Mustard may not croon like Pharrell, but there are worse role models for a young producer. For the most part, 10 Summers sounds exactly like you expect it to sound, a positive and a negative. Mustard’s head-nodding keys and snaps are the building blocks for numerous hits, but the maintenance of stardom calls not for the status quo, but progress. To build an empire, Mustard will need more tools than just a ratchet.

*“Down on Me” is equally not good for pretty much the exact same reasons.
^I realize how this sentence reads.