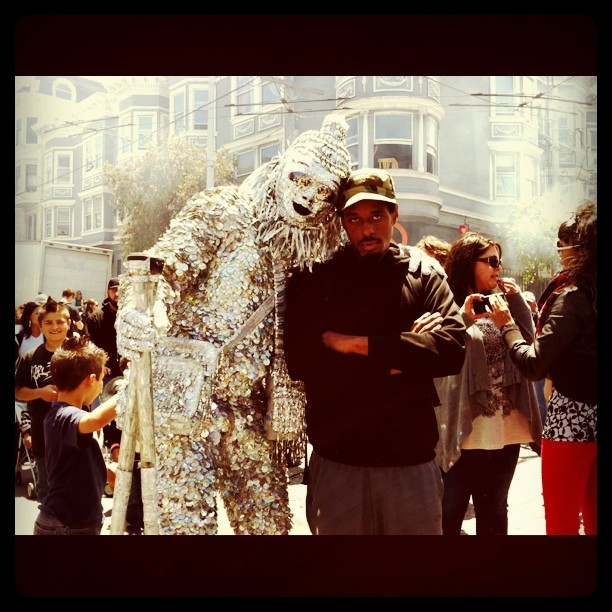 You might remember Quelle Chris from the interview that Aaron Matthews did earlier this year, asking the Detroit bruiser to break down his production work on Danny Brown’s Hybrid. Quelle’s been rhyming since carrying bridge cards in Wasted Youth, alongside Ta’Raach and Elzhi, but his affiliation with the Adderall admiral is what’s really got him notice.

Since then, his rap career has accelerated, with last week’s The Son: EP. bringing snub nosed, abandoned building Detroit hunger rap in the vein of Guilty Simpson. Quelle has that innate producer flow, which means he compensates for technical adequacy with crawling off center styles that slide up the walls of the beat like Spiderman.

Thanks to the quickness of Steady Bloggin, the first single from his full length, Shotguns and Sleek Rifle, has hit the blogwaves, accompanied by Roc Marciano and Danny Brown, a tandem capable of making you smack people with clubs like Crockett and Tubbs (or at least shatter your computer screen if it freezes mid-song). Rock this like the Lox in a tape box.