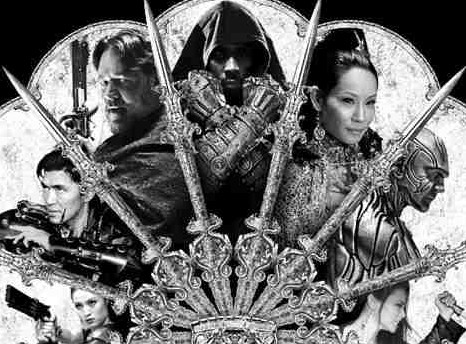 Nothing incites crisis quite like the favorite group of your teenage years slumping into middle-aged stasis. Have I ever mentioned that I love Wu-Tang? Maybe once or twice. I have learned more from Tony Starks than all teachers. Rae taught me to politick until I dittoed. GZA once explained the importance of water to me.  And the RZA single handedly curtail summer school enrollment for teens between the years of 1997 and 2001.

So any new Wu-Tang is inevitably (regrettably) compared with old Wu Tang. That’s the simple mathematics.  And most of the time there are only two options: you can laud all things Wu-Tang with the same fan-boy glaze that characterized your high school years. To acknowledge any decline is to admit that time may have also passed you by in the haze. Or you can disavow your youthful love, move onto the next one, and claim that Action Bronson is better than Ghostface (even if there hasn’t really been much of a fight the last two years). Time trumps all and pupils top teachers. Like the late John Updike once wrote: the great thing about the dead, they make space.”

I’ll try to take the third way and celebrate the fact that Wu Tang isn’t dead. For all practical purposes, they aren’t the Wu-Tang that I grew up loving. There is no flooded basement filled with records. Their days on Shaolin are more long gone than their dirtiest member, and the RZA has lived in Hollywood so long that it’s only a matter of time before he’s caught making out with the blonde from Twilight. So any new Wu-Tang should be a cause for celebration. Because even bad Wu-Tang is still Wu-Tang. Does that make any sense? I’m not sure.

Critics and fans are often selfish with their listening. They want artists to conform to their expectations. They want them to quit while they’re ahead and preserve some mystical legacy that they have conceived — one loaded with ideas intertwined with youth and the impossibility of decay. But those beliefs are antithetical to that of the artist. Wu-Tang are musicians and they are going to create music and some of it will be great, but most of it won’t.

Over the last few weeks, they have leaked several songs from RZA’s Iron Fists soundtrack. If you want me to be perfectly candid, none of them stick in my head. I remember no melodies or lyrics or even song titles. It’s the predictable murk of kung-fu sounds and fly boasts and (now) calculated grit. Chess. Boxing. Fists. Blood. Etc. It’s what I remember from my teen years, but it sounds different, as though the eyes are still the same color, but they seem a little too closely set together.

I could analyze and assess their flaws and their strengths and their good lines and their clunkers, but the truth is that I don’t want to do that. These are new Wu-Tang songs and I am posting them because they are new Wu-Tang songs. This is why I appreciate them even if I don’t love them. A few I don’t even enjoy. But that’s okay because forever doesn’t necessarily mean perfect.