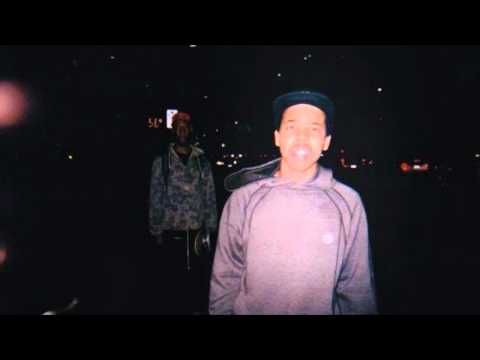 Influence is unpredictable. During the late 90s and early 00s, common sense and chart placement led you to believe that DMX, Ja Rule, Jay-Z and Eminem would eventually spawn a thousand rappers mimicking their vocal quirks and rhyme schemes. And you would’ve been right.

But artistic lineage often takes jagged and unpredictable turns. Some artists are creative cul-de-sacs, no matter how much their music resonates.  Imitating DMX is impossible — you merely sound like someone who volunteered at an animal shelter. Despite his protestations, Ja Rule was never real enough for synthesis. Eminem has been swag Dracula’d by every mediocre Mountain Dew white rapper since the 2000 MTV Awards, the socio-pathetic juggalo better known as Hopsin, and the early work of Odd Future. But to expand on Em, you have to be able to rap like him, which requires a decade of getting punked at Detroit open mics. And while small pieces of Jay-Z have been bitten off by every rapper in America, it’s almost impossible to point to one who successfully appropriated his style. Maybe Young Chris. Poor Young Chris.

Good rappers can have a terrible effect on rap — see 50 Cent who caused every hard-core rapper between 2004-09 to squander years of creativity on thinking up similes between sex and sweets. Bad rappers can have a good effect — see Lil B, who raps like Elaine Benes dances, but who allowed many young rappers to embrace the more weird and absurd parts of their personality.  Then there’s MF Doom, a great weird rapper with an affinity for Charles Bukowski and cruelly deflating people’s expectations. Doom will never give you what you want. He’s erudite and obtuse, mysterious and scatological, a Golden Age rapper who reinvented himself as a metal-faced scoundrel. In short, he is not a likely candidate to inspire the next generation. He seems like a dead end or maybe a dead bent.

But in the last week, two of the best rap songs release bear the cast-iron imprint of the mad villain. The first is Earl Sweatshirt’s “Chum.” You’ve probably heard it by now, considering it’s one of the few solo tracks he’s dropped since leaving Samoa. It’s also his best, doing everything a first single from a first real album is supposed to do — it’s a mission statement that catches you up on his first 18 years of life in just three minutes. Subjects touched upon include: his anger and love for his absentee dad, how Tyler was the big brother he never had, his hatred towards Complex, and his difficulties fitting in in West LA — too black for the white kids, too white for the black.

A few weeks ago, I sat in on a recording session for the Madgibbs album. The song is tentatively called “Robes,” features Domo and Earl, and the best verse Gibbs has ever spit. Really. There will be a long feature somewhere in the future, so I won’t cannibalize myself, but at one point, Earl mentioned the influence Madvillain had on rappers of his generation. It was basically what Wu-Tang was to 80s babies. A record that ran counter-clockwise against the big hooks and pop rap of the era. It revealed the potential for dusty sounds, complex rhymes sprinkled with non-sequiturs, and the notion that if it ain’t raw, it’s worthless.

You can hear that in everything Earl’s been doing. The hypnotic simple piano loop, the absence of a hook, the dense polysyllabic rhymes with a vocabulary far ahead of any of his peers. It’s the sort of thing you wrongly thought went out of style and would never return. I heard a few tracks from the album, one with Vince Staples and one with a rapping Frank Ocean, who spits as well as he sings. It’s unfair how high the expectations are for Earl. He’s 18 years old, went straight from Samoa into the pressure cooker of having blogs pick apart every one of his rhymes, and tabloid journalists trying to dig up information on him to get a raise. Yet I doubt he will disappoint. He’s advanced.

The other track comes from Captain Murphy, who by this point has practically come out and told you to buy copies of Until the Quiet Comes. It has to be Lotus because you can’t find beats this good from just any random producer. Then again, this could be Alchemist considering he basically looped the beat from Mobb Deep’s “The Realest.” The Madlib and Doom inspiration is all over “Immaculate,” from the sinister laughs, crate-digger drums, enigmatic identity, to the helium voices a la Quasimoto. Duality supposedly drops next week and figures to crash year end lists.

Here’s the thing: both Earl and Murphy obviously share aesthetic similarities with Doom and Madlib, but they successfully walk the line between inspiration and imitation. Their personalities and own ideas overshadow the homage. These guys aren’t traditionalists, they’re merely next in the line.