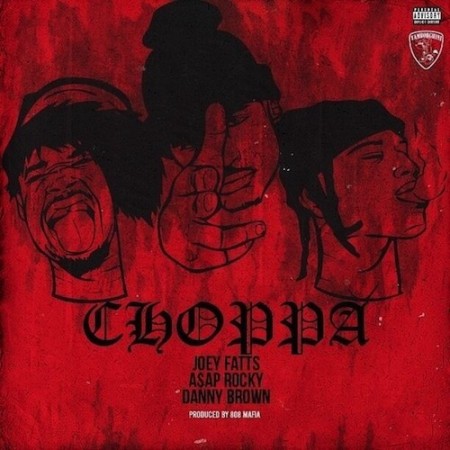 There have been few if any truly great rap records this year. Kevin Gates’ Luca Brasi Story is pretty much the front-runner for rap album of the year, but I imagine the next eight months will hold heavy competition. Every year since I’ve been doing this, I wonder when the transformative rap records of the year are going to leak, then a flurry usually hits starting around June. That said, there have been plenty of very good ones and even more very good singles. There are also a bunch that we have collectively missed. Rap has returned to being a singles game, promoted via YouTube video. That’s what builds your buzz and then the mixtape solidifies it. If you can’t drop a consistent album/tape, you’re just going to be washed out with the next day’s Hulkshare deluge. Same as it ever was.

Even a skeptic like myself can’t deny that rap is in a solid place. When a dude like Danny Brown can be a hipster darling and still get love from ASAP, TDE, and GBE, everyone is hitting their targets. People don’t give a fuck if you have a weird haircut (they’ve learned that it actually can help), they care if you can rap. It’s strange to remember but that wasn’t the case five years ago. People were writing thinkpieces about lyricism being dead. Now Complex is making lists of the 30 Best Lyrical song songs of the last five years. As someone who is paid to write words, I can’t help but endorse this. This is a long winded way to introduce a song called “14 Choppa,” that isn’t exactly the most lyrical in the world. But this leak from Joey Fatts’ forthcoming mixtape features A$AP Rocky and Danny Brown, who get press for their fashion and quotables, but will leave a mark on this era (and the next one) because they rap very well.

The Hybrid basically only takes over the bridge, yelping “Gimme What You Got” in his best Bruiser Brigade vintage. Rocky’s appearance is Velveteeen smooth. He calls himself Mr. Retail and will dump you by the sea shells and it’s over before you know it. It leaves Fatts to carry the weight of the song and he delivers on some stoner goon rap over murda muzik synths. This just might be an attempt by these guys to mix late 90s Mobb Deep with Keef and them. Danny Brown closes it out, rapping like an airhorn and you don’t want it end, so you proceed to throw all your furniture over your balcony.