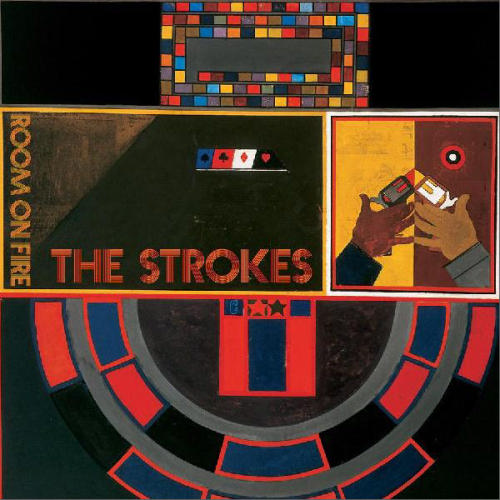 In 2001, restless indie-rock fans wondered who would revitalize rock and roll. There’s a reason why the title of the Strokes’s debut, Is This It, wasn’t punctuated with a question mark– the music was the answer. Without that record, the Arctic Monkeys would have delved into a deluge of Libertines worship, hipster couture would have regrettably been relegated to Kurt Cobain dopplegangers, and NME would have languished into bankruptcy after registering that they couldn’t only sell magazines that plastered Oasis on the cover.

With just eleven songs, five wealthy city ragamuffins  captured Giuliani’s New York with substance and style. Frontman Julian Casablancas possessed a gritty New York drawl so authentic to the Big Apple’s late-‘70s punk movement that it could bead off of CBGB’s sweaty walls. Guitarists Nick Valensi and Albert Hammond Jr. rattled off riffs that ricocheted in precise rhythm. Nikolai Fraiture’s bass lines were as hooky as those of Peter Hook. Drummer Fab Moretti pounded the drums with such youthful charm that actress Drew Barrymore gave him the TV eye.

But the hype machine rifts through artists faster than Manhattan subways. A sequel to Is This It needed to be imminent, whether the band was ready or not. The title of the quintet’s second album Room On Fire wasn’t only drawn from a line in “Reptilia”— it was metaphoric of the tremendously stressful and rushed recording process the Strokes endured. They booked only three months to record and scrapped the sessions with their prestigious, Grammy Award-winning producer—Nigel Godrich of Radiohead fame—in favor of collaborating with Gordon Raphael, who was the man behind the boards of Is This It.

“Work hard and say it’s easy,” Casablancas crooned in the chorus of Is This It’s “The Modern Age.” Like its predecessor, the Strokes’s effort on Room On Fire looked effortless. Initially appearing as tossed off as a few notes haphazardly scribbled after an afternoon nap, the lyrics showed that lead vocalist and primary songwriter Julian Casablancas wasn’t the aloof urchin the media portrayed him to be. If anything, Room on Fire showed an ability to sharply close in on details. Take the bridge of “12:51,” which snapshots the emotions of an early-20something before having sex: ”The world is shutting out for us / we were tense for sure, but we was confident…”

The music video for “12:51” also solidified the Strokes as among the early aughts’ finest music aesthetes. To base the song’s visuals on the computer graphic style of the 1982 film Tron ran the risk of looking dated on sight. Yet everything holds up: Casablancas’s stoned scowl at the beginning, the rivulets of blue light shifting to orange during the bridge, the sharp CGI evaporation of the band as the track closes. Ten years later, and Casablancas’s appearance on “Instant Crush, ” a song by cutting-edge video overlords Daft Punk, was no fluke: innovators breed innovation.

Room on Fire has stood the test of time, but when the record initially dropped, the chief criticism wasn’t the quality of the songs, but how similar the songs compared to Is This It. Yes, the two records share a strain of sonic DNA, but complaining about two batches of great songs sounding alike is like believing lightning striking twice is less remarkable than striking once. “Reptilia” enriched upon the taut fretwork and slithery breakdowns that defined classics like “Alone Together” and “Soma.” The weird chord progressions and guitar bleeps of “Automatic Stop” signified the birth of a different beast entirely, taking a bat to the group’s reputation as Velvet Underground acolytes.

Then there’s the album’s centerpiece, “Between Love and Hate.” It’s a special blend of leather jacket heartache, like when a lovelorn Rob Gordon sits on a park bench as rain spills down in High Fidelity, or when Jim Stark mourns the death of Plato in Rebel Without a Cause. “Under Control” is sentimental without being saccharine, a fitting choice for an after-hours session at the karaoke bar. The record serves as a jukebox of New York lust, ennui, and aggression, wrapped up in a span of 38 minutes. It’s a message as compact as a pack of Marlboros.

“I Can’t Win” closes the album, ironically the very first song I saw the Strokes perform live at Miami’s Jackie Gleason theatre in 2004. As Nick Valensi shredded through his solo before the final verse, I memorized every spasm. A thundercloud of cigarette smoke blew in the air, and a girl whispered in my ear: “I give this band five more years before drugs and booze do them in.” She was nearly right. Between the alcoholism, the smack, the long album delays and the side projects, the band’s future nearly came to a screeching halt. The rule of rock and roll is that it’s better to burn out than to fade away. Like true renegades, the Strokes did neither.