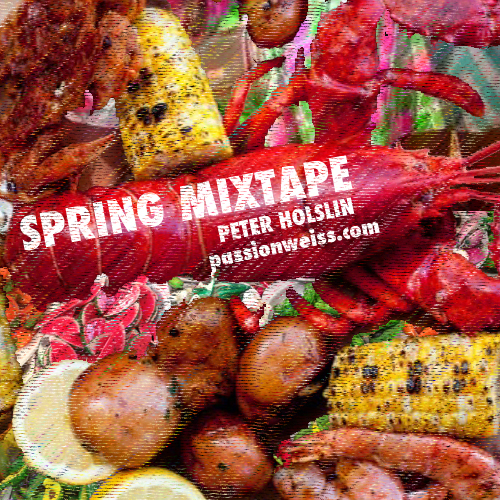 Lately I’ve been spending lots of time staying up late, watching television, playing online chess, and planning out my future. I’ll be lying there on the couch, iPhone in hand, typing little messages into my yellowed digital notebook—things to do, daily goals, weekly goals, hard deadlines, soft deadlines, reminders to drink water and exercise. Trying to make sense of where you are in the world can be a daunting task, but I’ve found it’s easier with a little planning.

And yet, and yet! Sometimes I don’t want to make plans. Sometimes I don’t want to set goals, and have all of these little details set out before me, wrapped up into a neat package. When I’ve got some time on my hands I’ll take an hour or two just to take a walk and listen to music, or get in my car and crank up the stereo. I don’t have a destination. I don’t have a goal. Sometimes it’s best to let the mind wander and see where you end up.

This mix is dedicated to these wonderfully aimless moments. If you’ve got something to do right now, just forget about it and listen to this instead.