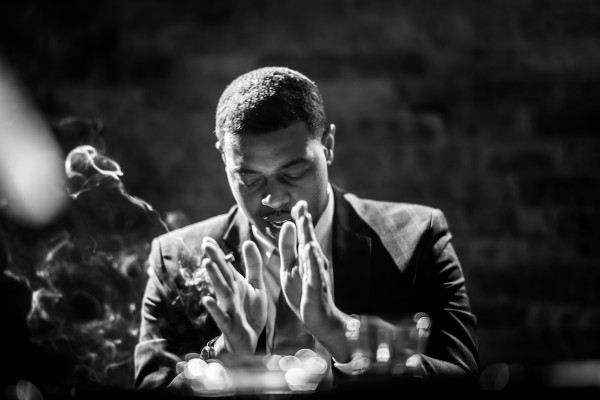 Codename: Kyle Ellison, all praise him.

The piano has been drinking, not Tree. Tom Waits references are played out when it comes to the gruff-voiced uncle of Chicago rap, but in this video for ‘Godlike’ – the highlight of his recent-ish EP – Tree plays up his connection to the piano bluesman. Despite sharing a vocal croak, the comparison never really sat right given that the pair’s voices don’t actually sound alike. They get a little closer here, though, as Tree somehow elegantly fumbles the ivories between gulps of liquor and chain-smoked cigarettes. He’s been dipping into Waits’ wardrobe, too.

As with so many of Tree’s songs, this one is steeped in nostalgia. Childhood memories both personal and universal are littered throughout, leaving the particulars of his story open enough for his peers to relate to. Dealing first in specifics, he remembers long hours working overtime to afford an old school Impala that’s been left idle on grandma’s lot. Later, passing food around her table at a family gathering, he wonders if she ever thinks about what he gets up to when he and the other kids are set loose on Cabrini Green. These snapshots are vivid but never fully explained, leaving unanswered questions to linger sadly in the air. In fact, with only one verse the entire song feels like a tease, begging to be replayed as its rapid-fire hi-hats fade into the distance.

As well as the uncensored version of the @MCTREEG E.P., you can satisfy your hunger for new Tree material by copping his forthcoming collaboration with New Deal crew leader Chris Crack. The duo’s seven song EP #Treeswag drops imminently, with Crack on rap duties leaving Tree fully focussed on slicing up samples around lively 808s. In the meantime, check the leaked songs from the project ‘That Sick’ and ‘Cuts’ below.