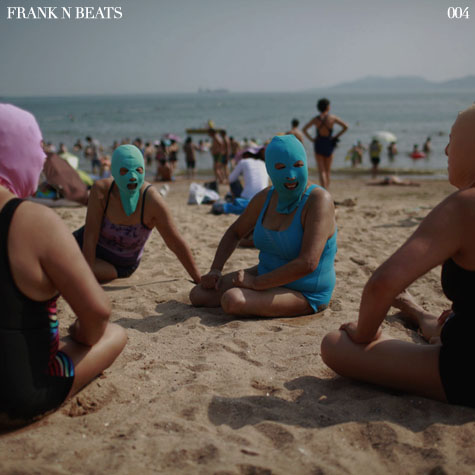 Aaron Frank’s girl just wants to party all the time

Over the last few years, the rise of EDM has resulted in a widening gap between underground and commercial dance music. As a result, certain hallmarks of the genre, like huge drops and pop-inspired hooks, are being discarded by underground producers in favor of a more minimal industrial tone with a stronger focus on rhythm. While it’s apparent in recent work from artists like Daniel Avery and Actress, the trend seems to be expanding outward at this point, clearing the way for an incredibly fertile period in experimental dance music.

On this month’s mix, I tried to showcase some of the artists pushing this new movement forward. Of course, there’s Actress, whose unexpected remix of Kelis’ “Rumble” turned out to be one of the most oddly captivating tracks of the summer. Also featured is Moiré, an anonymous up-and-comer, who will release his first full-length on Actress’s Werkdiscs label in August. Another artist I’m excited about is Dark Sky, who excel at bringing some much-needed subtlety back to dance music. Returning with their debut album in August, they recently released four new tracks as part of the Mister Saturday Night compilation, which is available to stream in full on Soundcloud.

This mix isn’t all heady techno music though. I’ve also included new tracks from DFA’s Sinkane and Stones Throw’s latest signing MNDSGN. Towards the end, you’ll find new music from Caribou and Blonde Redhead as well. I’ll be sure to include more of a variety next month, but the slew of innovative dance music cropping up at the moment is just too exciting to ignore.