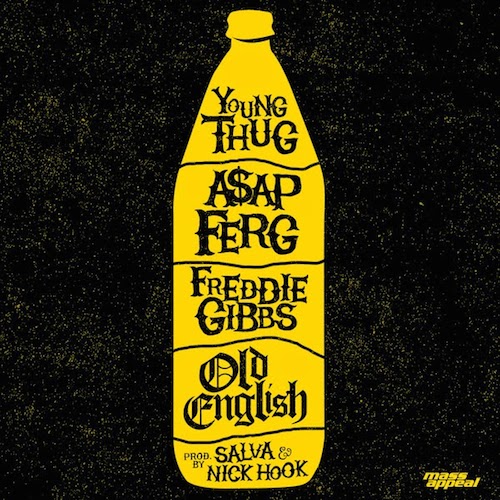 “My jewelry gold like the tokens at Chuck E. Cheese.” Quoth semi-professional gemologist, Jeffrey Williams. Thug raps like he’s only been eating weed brownies, Strawberry syrup and soda and molly for the last six months. His insides probably look like rotting pumpkin, but his raps are box cutter sharp. Wayne is the most obvious analogue, but he’s also got an ODB chaos to the raps. We are one news cycle away from hearing about Young Thug crashing the Animatronic show at Chuck E. Cheese and smoking the hookah.  Who knew that flammable and inflammable mean the same thing?

Gibbs remains Jerome Bettis in his prime, half-bus, half-battering ram, deceptively more nimble than his style suggests. And A$AP Ferg still sounds like a high-flying cross between P.E.A.C.E. and the Flatbush Zombies. Picking your favorite rapper on this track says as much about region and stylistic reference as anything. There are no wrong answers. This might be as close as we get to the 2014 “Buck Bounce.” In this scenario, Salva and Nick Hook act as the Quikster, taking the funk into the trap, staying low and coming out firing. Summer is here.

Thug also dropped the video for “Lifestyle,” which is reminiscent of a classic Cash Money cut circa the “Shine” era. If you haven’t seen it, you should.