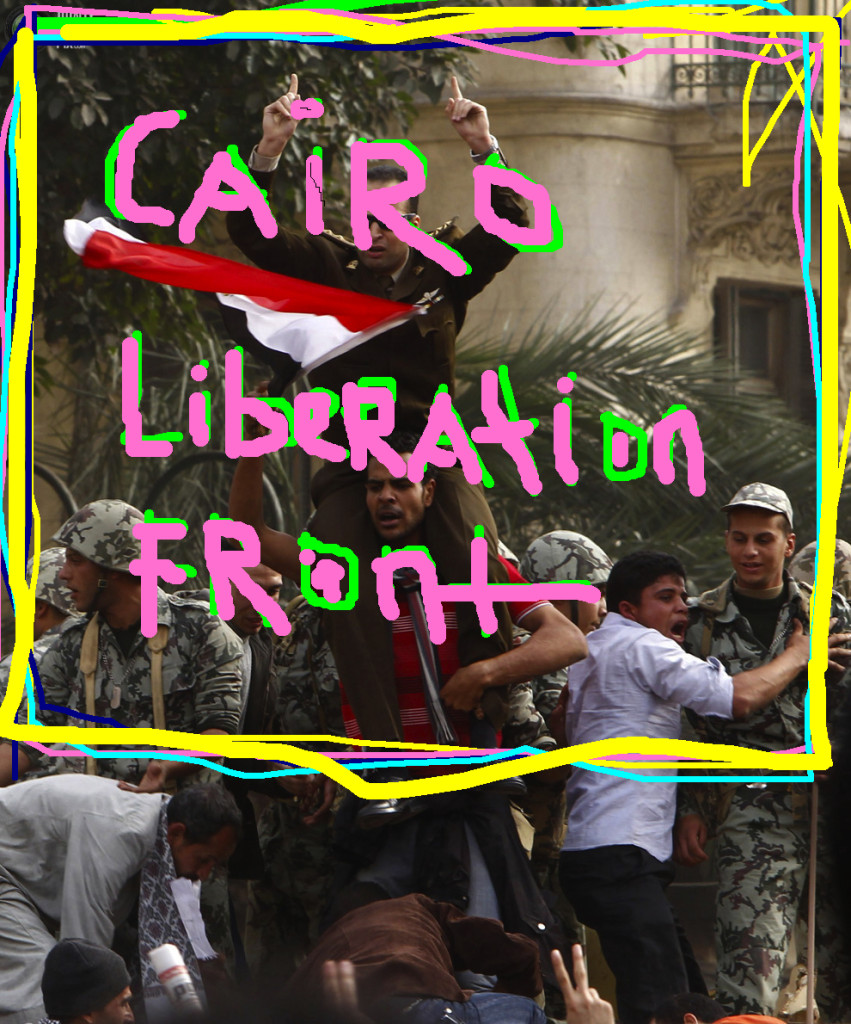 Peter Holslin pulled up at the club in a helicopter

The Egyptian street-rap movement known as “electro chaabi” took root in a Cairo suburb. But by now, it’s pretty much become a global phenomenon, with beat heads and sonic collectors from all over the world devouring the FruityLoops grooves and Auto-Tuned rhymes of DJ Figo, Amr Haha, Sadat, Alaa Fifty Cent, and the like. The music, which is also called “mahraganat,” has gained a wide reach thanks in no small part to the efforts of Cairo Liberation Front, a DJ trio from the Netherlands. And now, CLF is taking things up a notch by throwing Riff Raff into the mix.

Yes, the Butterscotch Boss himself makes an appearance on CLF’s new mixtape. It’s not an “official” guest spot: The group simply took the a cappella recording of Riff Raff’s appearance on Major Lazer’s “Original Don” remix, and attached it to an instrumental track by Egyptian producer Srudio5rapeh. As it turns out, Riff Raff’s Houston drawl and reference-laden, coke-party wordplay pairs perfectly with Srudio5rapeh’s bouncy darbouka beat and tweaked-out synth riff.

This isn’t the only choice cut on CLF’s new mix. Released on The Astral Plane music blog, it highlights some of the unknowns in the Cairo scene (literally: some are credited as “Unknown” in the track listing). While many tracks include electro chaabi’s core elements—delirious chant-raps, supercharged party beats—others put a playful spin on more traditional Arabic sounds. For example, the mix begins with the kind of stately melodic passage you might’ve heard from a 20-piece orchestra at an Umm Kulthum concert 50 years ago, only here the strings are replaced by a kooky synth.

M.I.A. also ends up on the mixtape, her voice getting mashed-up alongside air horns, booming drums and some chop ’n’ screw vocal flourishes. She fits in well, and that makes sense, since Egyptian street music would be right up her alley. But Riff Raff? Now that’s a pleasant surprise. Cross-cultural collaborations don’t always work; even the perpetually Auto-Tuned voice of Future didn’t quite cohere with the electro chaabi sound when CLF remixed “Honest” earlier this year. For music this intense, you must need a bigger, bolder, more outrageous personality—and it sounds like Rap Game Uncle Ben fits the bill.