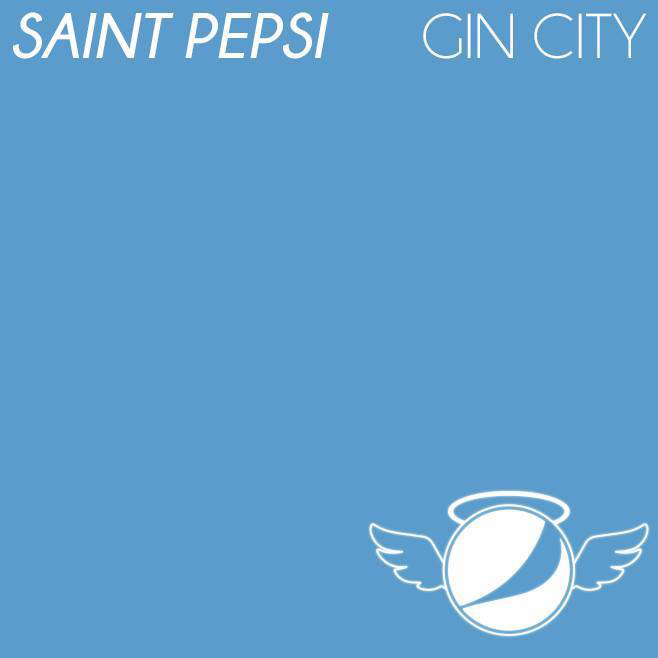 Saint Pepsi’s Gin City is one of my favorite releases of the year, a post-Girl Talk, electronic pop party that resembles what might happen if the entirety of Night Ripper were remixed by Ryan Hemsworth. Since the tape was released in February, I’ve checked semi-religiously for the pixie dust mash-ups that are the specialty of the producer born Ryan DeRobertis. Anyone apt to throw Motown and Mario together in the same three-minute track is my kind of artist.

Since Gin City, DeRobertis has continued to remix with abandon, but his single “Fiona Coyne,” released in early July, threw me for a loop. Though in its peppy pop-oriented approachability, it shares something with the Saint Pepsi sound I’ve come to love, the song was unmistakably disco, and, even with it’s Chromeo-style sense of irony, it didn’t move me in the way that DeRobertis’s production has in the past. The track features singing from Saint Pepsi, which, while passable, is nothing compared to the vocals he’s featured from Marvin and Aretha, to name a few. And the percussion on “Fiona Coyne” feels tame, neutered, soft, in comparison to his usual haywire drum machines. So, basically, I was disappointed.

Luckily though, Saint Pepsi belongs to one of the most remix-happy musical ecosystems on the planet. So, not long after “Fiona Coyne” was released, the Brooklyn producer Max Coburn, who goes by Maxo (and who has, perhaps, the best Bandcamp design I’ve seen) gave the track the oomph it was missing, adding his specialized video-game synths and placing a pocket of air underneath DeRobertis’s voice while screwing it up and down the register. The result makes “Fiona Coyne” sound, well, Saint Pepsified, suddenly more in line with the original producer’s best work.