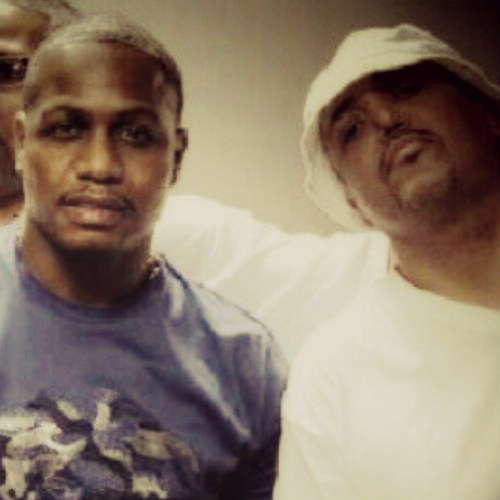 Harold Stallworth wants to give you the world.

For the better half of a decade, Brooklyn rapper AZ has been threatening to retire after the release of Doe or Die 2. The only caveat? The oft-delayed sequel to his cult classic debut is probably never going to see the light of day. Doe or Doe 2 is an urban legend, a myth not unlike the myth of Detox, Act 2, and The Cure. This poses a bittersweet dilemma for longtime fans. No one with good taste wants to see AZ hang up his lisp for good, but based on the half-dozen-odd leaks to surface over the last couple of years, Doe or Doe 2 is already—at least by my count—his second strongest solo effort. So it would be criminally negligent for AZ to let this album fall by the wayside. On the other hand, it’s been nice to collect the slow dribble of freestyles, street singles, and superimposed guest features from what would seem to be a never-ending promo run. Three-hot-tracks per one-year-average is a ratio I can live with. The latest loosie appears on his tourmate DJ Doo Wop’s new project, Mixtapes Not Dead 2. Its terse piano loop and dire drum kicks, seemingly produced by DJ Premier, offers a welcome change of pace from the Miami Vice slick talk that the Visualiza could do in his sleep at this point.