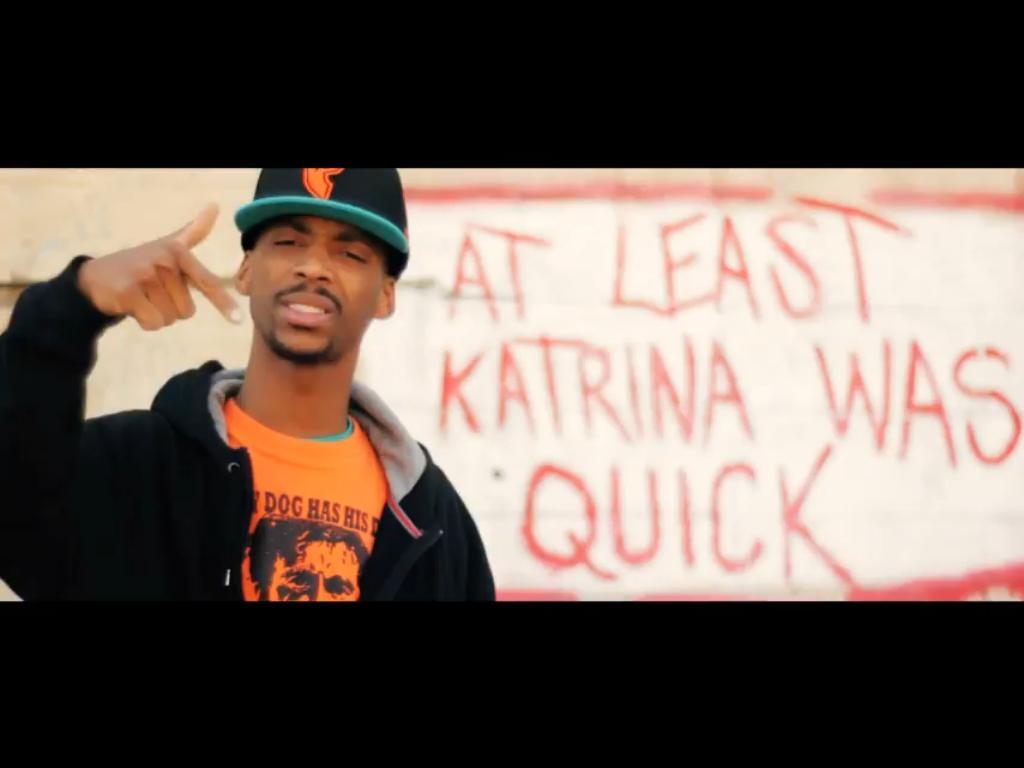 Boldy James avoided stale drug dealing clichés and showed he had a knack for gritty storytelling on last year’s mixtape “Trappers Alley: Pros and Cons.” The Detroit rapper exposed his guilty conscience over warped soul production and showed an unheard side to hustling. James spoke through a thick haze of weed smoke about being physic, trying to leave the streets and collaborating with Alchemist.

Who introduced you to rap music?

My two big homies from my block on the East Side where I used to live, actually we just came from over there. They call themselves Rich Gamble and Doc Proctor and they do beats.They used to rhyme and shit. I was like five or six when I jumped off the porch and started fucking with them.

What was your first rap album?

It would have been some Heavy D & The Boyz, MC Hammer or DJ Quik’s Born and Raised In Compton.

Were you inspired by any local acts?

Locally, I would say just the dudes I ran with, like my fellow Concreatures and probably the late great Blade Icewood. He was a Detroit legend. He got murdered in my neighborhood about seven years back and he was the best thing smoking around here.

Detroit was in a crisis on the music tip so I guess the Street Lord’z and Juan, they brought us back for a minute. But most of us, we really be in the streets around here. So most of those boys couldn’t pull their rap dreams off. Like I said, Blade got killed and now Juan is in jail, it’s the same old story around here man. I’m just trying to break the mold.

Did you see a future in music?

Na I never did anything but write raps to help me temporarily escape my reality, that’s all.
I was going to write raps whether I made it or not because that’s just something I always did.

I got a big family man. I got three little sisters, I ain’t got no brothers, but I got a whole lot of cuzos and shit. We mostly come from broken families so we be meeting each other all the time. If my people need me I gotta do what I gotta do to be there for them. So they don’t have to resort to doing anything against their morals and do nothing crazy for money like sell drugs to the little fellas in my family, or turn tricks and be out here stripping in clubs. I guess I’m the sacrifice you know. That’s all that really mattered to me, everything I do is for my family.

You released your first project Trappers Alley: Pros And Cons in your late twenties, why did it take you this long to put an album out?

I just never got focused enough to take the music seriously. I used to think someone was going to hear me and think I was this great rapper, and possibly just drop a stack of money in my lap. But you know, that ain’t how this work. You got to put the work in first and you get the payoff later down the line.

I was in the streets not knowing that this could possibly change my life and I wouldn’t have to take things to such drastic measures all the time. My younger cousin Chuck Inglish from The Cool Kids, he’s been doing his thing for a minute now and we been doing music way before we knew any of this shit was going to pop. He stayed focused enough to pull it off for himself and his family, so I had to buckle down and realize the things that were important in my life.

You know how some people go school to have something to fall back on if whatever they are shooting at don’t work? That’s how the street is. She always has open arms. If ever anything wasn’t working for me or if I needed to get some fast money or something, that’s what I ran to.

Chuck Inglish supplied the majority of the production for Trappers Alley, did you grow up making music together?

I’ve been making music with Chuck forever. That’s the first person I ever made music with other than a few people from the neighborhood like Proctor and Rich. I’ve got so many songs with Chuck and over Chuck beats that are in the archives, you would be surprised.
We talking about hundreds of Chuck songs, no joke.

Brains also laid down some beats, how did you two link up?

See Brains is from Jersey originally, he stays out in the Chi and I met him through Chuck.
I’ve only known Brains for the past four or five years or whatnot, but that’s my people.

Brains he’s my in-house producer, my personal lil’ engineer you feel me? He help mix my tracks and we smoke a lot of weed, just get it in the studio, just create. That’s my dude.

How did you feel when The Cool Kids blew up, were you still hustling at the time?

It motivated me more than anything. But like I said, whether I did this shit professionally or if I never touched a Cool Kids track and you’d never heard of me man, I’d still be writing these same raps. This is what I do bro.

You’re talking about was I hustling then? Shit I aint never stop hustling. I’m trying to crack the code on this rap shit so I can pull this miracle off for my family and get out the streets.

I don’t want to put my family through the same stories you hear about, the shit most black parents in my predicament go through on the regular eight to nine times out of ten. You know nigga get locked up, shot over some stupid shit, crippled, catch a disease, be out here strung out on drugs or some shit. You know that affect your kids. I’m just trying to let my kids see what a real man is by example. You can’t be out here talking people to death, if you want to lead you gotta be a leader.

I really like how there’s a lot of personal reflection on the album and you aren’t afraid to admit weakness. Why did you decide to include this stuff rather than go the typical rapper route?

I’m a humble dude. Being in these streets, it took me through a lot of ups and downs. I’ve been through it all, so I know what to do in any situation. But for the most part we real easy going people over here man. We don’t want to do nothing but make sure the family eat and make sure we happy with just the simple things in life.

Fuck all that other shit, it aint about that man. For the most part it’s about what makes you happy. It doesn’t take a lot to make me happy. As long as everything in line, I’m good. I’m easy.

Like I tell everybody man. It’s just music. You believe what you want to believe. I’m just writing from a Donald Goines standpoint. I really live this shit so it’s nothing for me to pick up a pen and tell you about how my day went or about a situation that just occured or some shit. I don’t have a real broad imagination. I just be kicking it and I just tell it how it is man. I be humble, because that’s really me.

Why did you call yourself Boldy James?

That was my big homie. RIP to my man Boldy James, James Osley the third. The significance in the name was he was my neighbor and we grew up across the street from each other.The streets took his life away from his family and all his friends, and we miss him.

Before he died my homeboys always told me I got this type of psychic shit or something. I be seeing shit sometimes, I be calling it and it just be that down the line. Divine intervention or whatever you want to call it.

I picked the name before he died because my dude didn’t rap he sold cocaine. So when he passed it was just weird that I took his name and ran with it, and my dude was like there you go on that same shit again.

So now he just live through me because he was my family and I really loved him man. He really took care of me and looked out for me. He showed me a lot of things and that’s the reason I’m still here to be able to have this interview with you today.

Your album is extremely localized and talks about a lot of specific people or places in Detroit. How does it feel that people all over the country are enjoying it?

That’s beautiful to me because all I do is write the music to make sure it hit home with me first. I feel like I’m a people’s person for the most part you know what I’m saying? I deal with a lot of hands on shit with people on the regular so I know how to deal with people. When I write the music I expect it will touch real people in a certain kind of way and hit a certain spot in their heart, and if that’s what it’s doing then I’m doing my job. That feel real good man.

I hear you’ve been recording a full length with Alchemist in LA and you are hoping to get a Prodigy feature?

For sure, we got like 10 done now. We just got some more work to do cause I work different than a lot of people man. I just crank the joints out then I sit back and smoke a million blunts, then listen to the the songs.

[On the Prodigy feature] That aint no problem man it’s the family. What up Big Noyd. We the mob. Real talk. Everywhere I go that’s the only activity I know, criminal activity. Mob life. All that. That’s how we live, Detroit city to the rest of the US man. Every city I touch down in, that’s all love. It’s all good, if I ain’t got it I can get it.