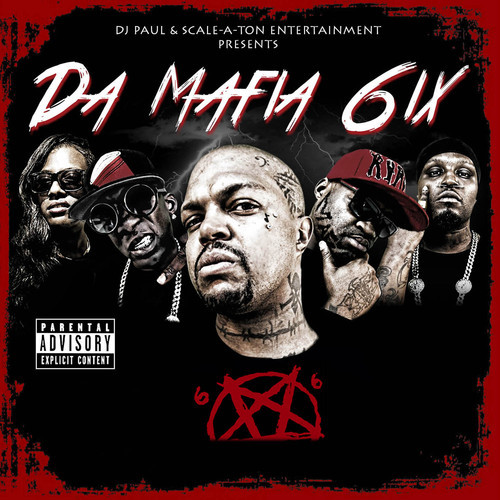 [If you’re in Atlanta today for A3C, you can see Da Mafia 6 interviewed for a live Shots Fired at the Melia Hotel at 2:30 p.m.]

Well excuuuuuuse me! We do we have here? If I’m not mistaken, I think we have every living member of Three 6 Mafia sans Juicy J, reconfigured as “Da Mafia 6” with some of the gulliest sounds we’ll ever hear.

For a brief second, I was about to get to bitching about how Three 6 Mafia can’t really exist without Juicy J up in that bitch, but let’s face it; between label drama and personality clashes and the fact that Juicy J isn’t about to split all that new cash 6 ways with some niggas he knew back when he didn’t know any crackas, I’m completely fine with this development.

To be honest, I never stopped listening to the rest of the Three 6 Mafia family, especially DJ Paul and Gangsta Boo. I’m not going to claim that I’ve listened to any of them as much as I binge on Juicy J songs, but I’ve certainly kept abreast of new developments. I recall telling a friend that DJ Paul was actually making music pretty similar in sound, content and quality to Juicy J, but the latter just happens to be more prolific with a slightly better ear for what sounds work best on the charts.

Juicy aligned himself with young niggas that happened to be poppin right now, like Mike Will, Wiz Khalifa and Lex Luger. On the other hand, DJ Paul primarily stuck to making his own beats or outsourcing them to one of the more successful and unimaginative Lex Luger imitators, Lil Lody. I’m no expert, but I think it’s pretty obvious why one guy is making way more scratch than the other. However, I’d be remiss if I didn’t note that Juicy J kept showing up on DJ Paul’s tapes.

Back to Da Mafia 6ix. I suspect the new moniker has to do with the lawyers and I kinda like it. DJ Paul is around and so are Gangsta Boo (her and Juicy don’t get along), Lord Infamous (speed rap galore!), Crunchy Black (funny dance galore) and Koopsta Knicca (I never cared enough). Yelawolf shows up on this shit to round out the 6ix, but I’d be really happy if I never heard that nigga again. I’m really hoping they left that last slot open for Juicy J or Project Pat or even Tommy Wright III. I wonder if Tommy Wright III is still alive? [ed. note: he is]

Why the fuck does Yelawolf keep showing up on the finest Memphis murder jams of 2013? The Grizzlies new management needs to do something about this. I’m not sure that there’s anything I can say about this song other than it’s really fucking hard (thus, “Go Hard” *shrug*), on some classic Three 6 Mafia shit, sans a couple “YEAH HO” adlibs, and it works, in spite of Yelawolf’s worst efforts. His Player Efficiency Rating (PER) is fuckin terrible. Get to work, John Hollinger.

“Go Hard” is the first offering from the group’s debut mixtape. We oughta get that on October 29th, just in time for Halloween. Fuck yeah. Can’t wait to punt some fucking toddlers to this shit when they bother me with that stupid trick or treat nonsense. Fuck you and your nigglets.