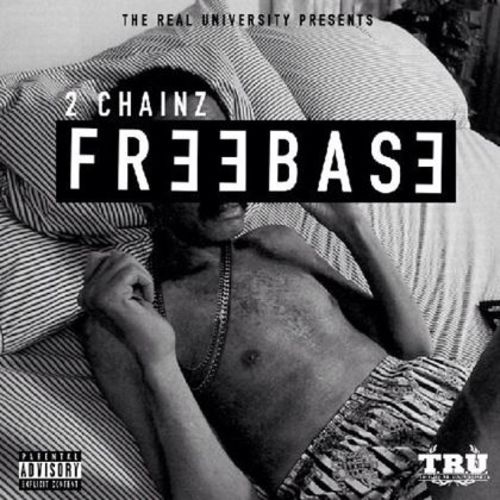 As Yeezy season approaches we get some new music from Travi$ Scott featuring Medium Sean, and a free EP from 2Chainz.

The single from Scott hits because of his continued willingness to maximize space on records. Here, joined by producers Vinylz and Ritter, they pair a brooding bass, filtered harpsichord and sample the chorus from the The 1975’s “M.O.N.E.Y.” before Travis’ comes in with his own infectious hooks, “I ain’t playin’ with these n****s” and “straight up.” The latter has come under fire, with claims he straight swagger jacked Future. Though it likely came from Pluto, Travi$ has made this vocal mod his own and begun to distance himself from the cherry-picking that pockmarked Owl Pharaoh. By the time he begins rapping about a minute in, you’re either set in the track or it’s not for you. Though he isn’t a great rapper, he’s developing his own style, continuing to make music that I come back to again and again. The same can’t be said for Big Sean, who limps all over the track.

Highlights include the above bit from Unknown Hinson (Stepbrothers and Richard Pryor are also sampled), Tity tracing the evolution of the Migos flow (Him -> Drizzy -> Migos -> Three Six) and this particular rhyme spree: Buscemi’s/Sashimi/Beanie/Zucchini/Bikinis/Wheaties. All that comes before the end of the 2nd track, “Trap Back,” on the otherwise throwaway EP. If you like huge club-trap beats and imitable catch phrases, you may very well ride for this. But Freebase is by and large 2Chainz mailing it in. The features here are mostly forgettable, with A$AP Rocky “Since rappin’ turned to fashion I don’t know what happened” and Rick Ross “You smell like walking to Mecca,” hitting their handicap. But Ty Dolla $ign performs admirably on an otherwise poor track, and Boosie provides the best verse (and line “All these rappers lyin’ on records, O-M-G hip hop hooray!”) on the whole tape. Though I’m happy 2Chainz is enjoying his seafood and sleeping at the studio, I have faith he’s saving his best for the 3-peat B.O.A.T.S. III.