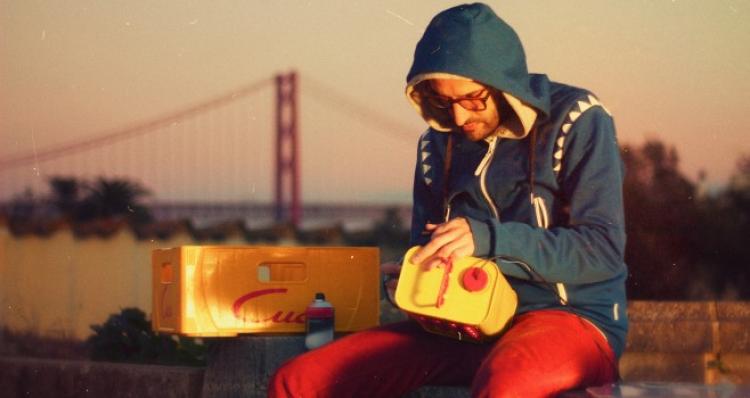 Now Jordan Pedersen really wants to go to Angola too.

Not that that’s a problem for Lisbon DJ Batida. According to an interview with iCrates, Pedro Coquenão was born in Angola but came up in Lisbon. He grew up listening to his parents talk about how beautiful Angola was, so he travelled to the country the first chance he got and promptly fell in love. So clearly, guy has a lot to draw from.

Still, my preferred formulation of that particular koan comes from P.F. Kluge, a novelist and English professor at my alma mater, Kenyon College: “Write what you don’t know about what you know.”

Coquenão actually took the name for the Batida project from a radio show he hosted in Lisbon in the late aughts to showcase his favorite weird South American and African sides. He eventually pitched Portuguese national radio on a program that would show the link between traditional and modern African musics. Problem was, modern African music didn’t seem to have much of an interest in the traditional forms.

(A track from Bonga, a more traditional Angolan semba singer.)

The music he ended up making as Batida, then, started as more of a gap-filler on his radio show than anything else. Listeners liked his jumpy blend of modern Kuduro electronic music and traditional semba so much that he felt compelled to make a proper record. He took what he knew, and did something with it that he didn’t know. And Professor Kluge nods approvingly.

“Pobre E Rico,” the first track from his upcoming album Dois, is an interpolation of a rare track by Angolan semba singer Matadidi Mário. Coquenão shoots the track up with frenetic sampled horns and a relentless, house-inspired groove, tossing in extra snares for emphasis. The effect is euphoric.

In a move that would make the RZA proud, Batida even throws in some sampled dialogue from a 70s Angolan flick, which gives the track its title. “Pobre e rico” roughly translates to “rich or poor,” and, indeed, Coquenão says he can’t help but bring elements of social commentary and politics into his music. Social status be damned: get on the dance floor.

Sometimes I forget dance music can be so utopian. Maybe one day beat scholars will discover a groove so undeniable that all the peoples of the world will throw down their arms and dance.

Dois is out September 29th on Soundway Records.