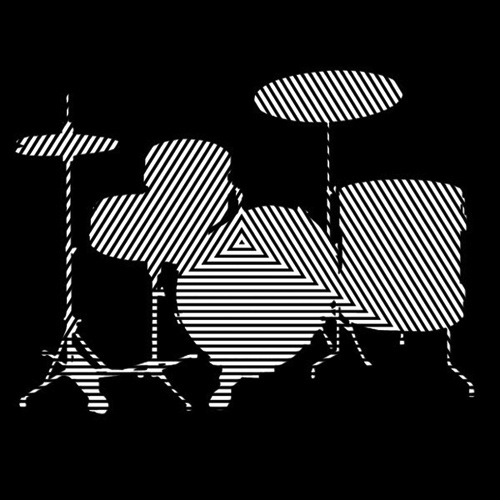 New Jersey has Bigfoot. Scotland has the Loch Ness Monster. And San Diego has Dirty Drums. A mysterious drumming crew led by a producer who goes by the name “MRR,” Dirty Drums enjoys a mythical status among San Diego’s hip-hop heads and beatmakers. Their members have collaborated with some well-known artists, namely The Gaslamp Killer and Gonjasufi. But they’ve only put out a handful of releases, and they rarely, if ever, play live. What music you can find online, though, is astonishing. MRR (real name: Michael Raymond Russell) has the ability to make chopped breaks sound organic; he also boasts excellent skills on a real-life set. DRB (Danny R Barragan), a veteran on the church band scene, holds it down on vintage kits with poise and ferocity. IMD (Ian Mark de Cerbo), who plays with his wife Doreen in the duo Hezus, infuses Southeast Asian pop with psychedelic fire. This is taut, smoky music that revels in pure rhythm and shivers with soul.

San Diego has long been home to a “dirty” hip-hop sound, which has sneaked into popular music in unlikely ways. But the guys in Dirty Drums–which also includes the analog gear enthusiast RSI (Ricky Isabella)–are practically unknown, even in their home city. As I wrote in an article about the crew a couple years ago, MRR has intentionally stayed low-key, following the path of old-school library music labels and underground innovators like Malcolm Catto. It’s kind of frustrating, to be honest: Music this good shouldn’t be hidden from the world. But in a show at San Diego’s Kava Lounge on Sunday, August 10, the whole crew will step out into the open, MRR included.

When I interviewed MRR in 2012, he was in the process of rebuilding his recording studio. A year earlier, thieves had cleaned him out of all his gear and recorded music—a devastating loss, to say the least. In recent months, though, it seems like he’s been slowly but steadily making progress on the new studio. Dirty Drums recently entered a new stage, relaunching under the name Drumetrics. Tripped out clips have surfaced on Instagram, and whispers from insiders foretell more dope beats to come. Will MRR finally release his follow-up to that insanely rare MRR-ADM 10″ that came out on Now-Again Records back in 2008 and reportedly sold out in three days? We’ll see.