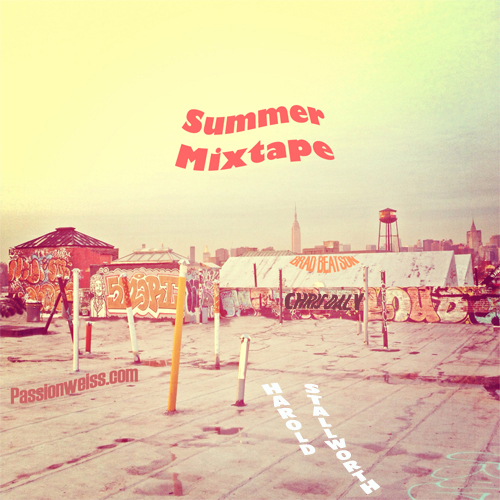 Brad Beatson turns down only for freedom.

In the summer, I’m looking to push play on a playlist and let it ride. It’s too beautiful out. And I know it’s inevitable that some drunken fingertips will hijack the music at some point to play what they want to. So this is my grand attempt at making a foolproof summer playlist. At the very least, these are the tracks I’d want to hear while getting loose. 4 Straight BANGERS off the top, followed by a little rest period, then nothing but cranked up tunes to finish it off. That’s what summer deserves. Work hard, then work harder, and when you have the chance, party your privates off.

If you don’t like how things started, you’ve got half the year to make up for it. Action Bronson starts by tossing a shot and a classic verse. It adds appeal and shows that you’re not going to get everything right at first. Kanye retorts with the best back&forth rap track in recent memory with Jay-Z. Save a reference to planking, the two songs on this mix from Watch The Throne reinforce why Jay is one of the greatest of all-time. On “Why I Love You” he’s essentially acapella, using his voice extraordinarily to supplant the traditional drumbeat space.

With the sound ~all~the~way~turnt~up is the only way to get drunk to the hottest track on L.A.’s top album of the year. I don’t think there’s anyone in rap I’m more excited for than Isaiah Rashad. His album, Cilvia Demo, manages to update classic sounds without sounding revisionist or nostalgic; it’s tributary w/o jacking. Still very young, (he associates Vince Vaughn with Fred Clause) he’s primed to follow Kendrick’s path to stardom. And “Soliloquy” leads perfectly into one of the best songs from last summer, “The Motion.” Along the same lines of “0 to 100,” I’m quickly reminded why Drake deserves to be where he’s at in the current rap landscape; on both songs he delivers infectious flows. Then, he lapses, and makes me cringe with the line: “the girl that I want to save” after stating “cause we said no strings attached.” I’m only mad at Aubrey because I’ve been that dude before. Cheers to hoping he figures it out. On the next track, Jungle reissues the sentiment with their self aware offering on “Drops.” 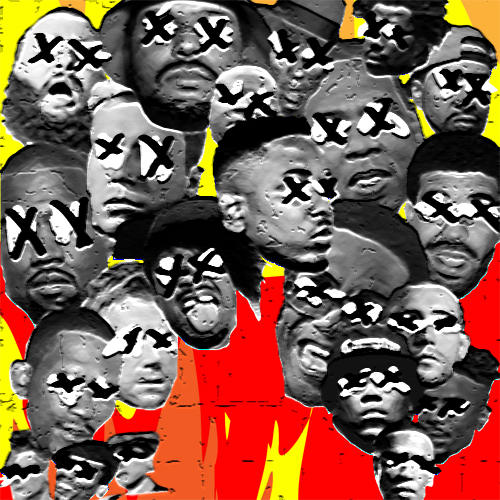 Growing up, I wasn’t brought to church. But songs like “I’ll Fly Away” make me think I would’ve been sucked into faith due to the power of gospel. The track wakes the mix and is a nod to the late, great Bobby Womack, who appears on the next song, “Stylo.” Bobby BOOMS and it’s particularly great because this sorta disco sound crushes present day, even though it was released in 2010 on the Gorillaz excellent Plastic Beach. The aforementioned “Why I Love You” follows, and ends with Kanye and Jay-Z trading bars that insist if you’ve got a shot at a bitch trying to take you down, you take it.

“Drop That Bitch” is one of several fantastic songs pioneered by Salva in 2014. He’s also released a remix to Classixx’ “Stranger Love,” and more recently, received Best New Track for his song “Old English” with Young Thug, Freddie Gibbs and A$AP Ferg. It’s four and a half minutes of pure heat that I could only follow up with one of the purest, most hedonistic bangers from our AOTY in 2013, Danny Brown’s Old. By this point in the mix, I certainly hope you’re drunk, turnt, or what have you, and it influences you in the best way. This shit is pure energy; god bless Danny Brown.

Keeping the drunk going, we’ve got Action Bronson’s take on “Tequila” with “Pepe Lopez,” and it flows right into “The Don’s Cheek.” These joints are pure summer vibe, and pure New York City. Coney Island, 40’s out in Rockaway, Jones Beach, Flushing Meadows, get my mothafuckin’ drink, man. Then again, he references Venice beach, and my fantasy of moving to Cali starts all over again. Hence the next track: “The Recipe.” Women, Weed and Weather. Year round. Are you fucking kidding me? Has there been a better sales pitch for anything ever in life? Not when you’re several beers deep, that’s for sure. Not to worry though, Chucky Hamilton brings things back to earth in “Brooklyn Girls.” There’s nothing quite like Brooklyn in the summertime, even for my SPF 50 ass. Rooftop parties, outdoor bars, barbecues, and people looking to ease their stress. It’s ditching the filth of the city for loud songs and strong drinks. It’s the fucking summer time. It’s time to have fun.